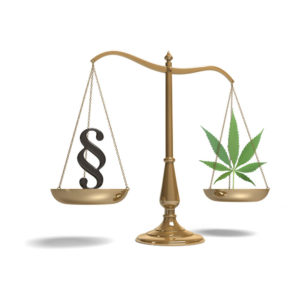 What happens when a juvenile gets caught with marijuana in New Jersey? Juveniles, minors under 18, charged with the same crime as adults are likely to get lighter sentences, such as probation, restitution, counseling, drug rehabilitation, or community service. License suspensions apply to juveniles also. And like first time offender adults, juvenile defendants may be eligible for a deferred disposition, a diversionary program that places the juvenile on probation during which they cannot get into trouble with law and may need to submit to drug testing, at the completion of which, the juvenile leaves the program hopefully ready to start anew with a clean record. Nevertheless, a juvenile facing marijuana possession charges should have diligent defense representation, as the potential outcomes are vast and varied and you do not want to take the chance of things going the wrong way. Often this happens to children and their parents simply because they didn’t have an experienced juvenile defense lawyer on their side.

If you, your son or daughter, is a juvenile who has been charged with marijuana possession, call our attorneys for answers and assistance with every step of the process ahead. Our team defends juveniles taken into custody in Hackensack, Fort Lee, Garfield, Elmwood Park, Paramus, and throughout Bergen County and we are here for you. Just contact us for a free consultation regarding your juvenile drug case today: (201)-330-4979.

What Happens if a Juvenile Violates New Jersey Marijuana Laws?

In New Jersey, possession of less than 50 grams of marijuana is a disorderly persons offense punishable by up to six months in jail and a $1,000.00 fine. Possession of over 50 grams, however, is a fourth degree indictable crime, punishable by 18 months in prison and a $25,000.00 fine. Plus, if caught possessing marijuana within 1,000 feet of a school, the accused is looking at more fines and community service if convicted. They could also have their driver’s license suspended, as per the statute N.J.S.A. 2C:35-10, under which marijuana offenses are addressed in subsection (a)(3) and (a)(4). And even possessing drug paraphernalia, like a pipe with marijuana residue, vapes, rolling papers or bongs, can land someone in court with a disorderly persons offense. But these are penalties the courts assign to adults. Juvenile cases are handled in a different court system and there are more available alternatives.

Juvenile court is held in the Family Division of the Superior Court nearest to the juvenile’s residence. New Jersey Statute Section 2A:4A-21 summarizes the aims of juvenile court as it relates to minors, families, and the community. The statute explains the juvenile system protects both the community’s safety and the juvenile by keeping the juvenile within their family unit and providing them services and resources to protect, care for and rehabilitate them while still making them accountable to society. The court system is meant to foster reform in the wayward minor, not merely to punish.

For most marijuana possession charges, a juvenile’s case is called on the juvenile court’s less serious offense calendar to be handled more informally unless the juvenile is a repeat offender, which would put the case on a more serious calendar with juvenile detention as a possible sentence. On the formal calendar, juveniles must be represented by counsel, either private or court-appointed. Matters on the informal calendar do not require court-appointed counsel if the juvenile cannot afford one. However, failing to retain a lawyer for juvenile defense is unadvisable when seeking to avoid the collateral repercussions of being charged with an offense as a minor.

What is the Process for Juveniles Facing Marijuana Charges in NJ?

The process in juvenile court starts similarly to criminal court, with a complaint charging the juvenile with delinquent acts, rather than crimes, unless a police officer decides to release the juvenile to their parents or counsel them at the police station for minor incidents. If a complaint is signed, however, the juvenile may be held in a detention center. This rarely occurs and usually applies when charges are filed for more serious offenses, if the juvenile is a danger to society or is a flight risk. After being detained, the juvenile may receive services from Family Crisis Intervention Unit to address family conflict or instability. They may also be eligible for court diversion programs that seek to rehabilitate rather than incarcerate first time offenders, depending upon a Juvenile Conference Committee’s review.

If detained, the Family Court must set the first hearing date to review the juvenile’s detention status within 24 hours of detention, with review hearings every two to three weeks. Juveniles detained or taken into custody for committing crimes can be tried and adjudicated delinquent by the court, which means they end up with a juvenile record. Notably, records of juvenile proceedings are not public in the same manner as criminal charges for adults. The judge decides whether the juvenile is delinquent on the charges and if so, what the case disposition will be, such as probation, community service, restitution, and counseling, among other restrictions. The case disposition must be made within two months from the initial detention.

Based on assessments, juveniles who are committed to detention are assigned to their specific custody level with appropriate supervision and treatment requirements. Outside committee members review detention and placement by interviewing the juveniles and reviewing their records to recommend placement. Unlike charges against adults, the detention sentence is not typically lengthy. In severe cases, juveniles 15 and older may be tried and sentenced as an adult in criminal court upon the prosecutor’s recommendation and the juvenile court’s waiver to adult court.

Given the discretionary sentencing considerations, juveniles prosecuted in Family Court need experienced representation to help them challenge evidence against them and arrest procedures if defective. A good lawyer can also ensure the prosecutor is not acting wrongfully in recommending harsher punishment than they should for a marijuana possession charge, especially when the minor’s potential to resolve and overcome any challenges present is high. In fact, the experienced juvenile law attorneys at our local Bergen County firm can help tip the scales in favor of protecting your child, showing the lack of community concerns and quite possibly, the invalid or insufficient evidence in their case.

In many cases, a juvenile can be best served by appropriate programs, performing community service, or receiving a deferred disposition for a first offense. And in other cases, their charges should simply be dismissed outright by the juvenile judge. When your minor child faces marijuana possession charges in Bergen County, contact our lawyers from the outset to protect their rights. We are here to speak with you regarding juvenile criminal charges of any kind. Call (201)-330-4979 today to learn more.