Possession and Distribution of Percocet

Caught with Percocets without a Prescription in Bergen County? We can help 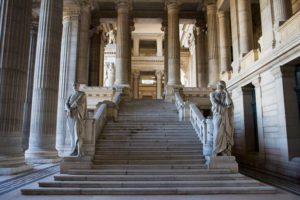 Percocet is a pain-relief medication containing oxycodone and acetaminophen. It is commonly prescribed to treat moderate-to-severe pain after surgery. Oxycodone is derived from opium and is similar to morphine. It is sold as both Percocet and OxyContin. The drug’s side effects include depression, seizures, and respiratory arrest. Many times, a person will be legally prescribed percocet following surgery, only to find himself or herself addicted to the drug after the prescription has been exhausted. Percocet is an incredibly popular “recreational drug” in New Jersey, and it can lead to abuse of other drugs such as cocaine and heroin. As a result, New Jersey prosecutors often seek to impose the maximum punishments in Percocet cases.

The Tormey Law Firm is a trial team comprised of aggressive criminal and drug defense lawyers, including a former New Jersey prosecutor. We have extensive experience handling drug crime charges, including prescription fraud, marijuana possession, and heroin possession throughout New Jersey, including in Teaneck, Hackensack, and Paramus. Drug crime convictions in New Jersey can result in jail time, fines, and suspension of your driving privileges. We have successfully represented numerous clients charged with Percocet possession and intent to distribute Percocet. Our results in the courtroom truly speak for themselves. If you have been charged with a drug-related crime in New Jersey, do not wait to call us at (201)-330-4979 for a free consultation about your case. And feel free to continue reading this page for additional information about Percocet charges in New Jersey.

In New Jersey, it is illegal to carry prescription drugs and certain medications without holding a valid prescription. Under N.J.S.A. 2C:35-10.5, possession and/or distribution of Percocet is prohibited unless carried out by a licensed physician, dentist, veterinarian, or pharmacist. As set forth by the Controlled Substance Act, Percocet is a Schedule II controlled dangerous substance (CDS). Schedule II drugs have an accepted medical use but a high potential for abuse that can lead to physical and psychological dependence. The penalties for possession or distribution of Percocet vary, depending on the number of pills that are seized.

The most serious charge is second degree intent to distribute Percocet. This is typically the charge if the offender possesses 100 or more Percocet pills. If convicted of this charge, you could be looking at five (5) to ten (10) years in New Jersey State Prison and a $300,000.00 fine.

If you possess four (4) or fewer Percocet pills, it can be classified as a fourth degree felony. This charge is punishable by up to 18 months in New Jersey State Prison.

According to N.J.S.A. 2C:35-24, possession of four (4) or fewer pills is a disorderly persons offense in New Jersey. This essentially means that if you are caught with a Percocet pill outside the bottle in which it was dispensed, you could be charged with disorderly persons possession of Percocet. Moreover, simply being under the influence of Percocet without a valid prescription can be classified as a disorderly persons offense. If convicted, you could be looking at up to six (6) months in the county jail and a fine of up to $1,000.00.

Disorderly Persons Offense: Failure to Turn Over Percocet to a Police Officer

A related charge is failure to turn over Percocet to a law enforcement officer. As set forth by N.J.S.A. 2C:35-10(c), this is a disorderly persons offense. Many times, this will be a downgraded charge that prosecutors strategically deploy in Percocet cases. If convicted, you could face up to six (6) months in the county jail, a $1,000.00 fine, and suspension of your driver’s license for at least six (6) months.

If you have been arrested on Percocet charges, it is essential to find a knowledgeable and aggressive defense attorney. Also, you may be eligible for a diversionary program such as the Pre-Trial Intervention (PTI) program or the conditional discharge program, depending on your prior record and the degree of your charges. To learn more about these options and for a free consultation about your case, contact the law offices of The Tormey Law Firm in Hackensack, New Jersey at (201)-330-4979.