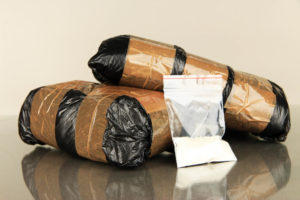 New Jersey takes some crimes more seriously than others. This is true for drug charges, just as it is for other violations of criminal laws. In the realm of drug offenses, maintaining or operating a controlled dangerous substance (CDS) production facility is among the most severe, and the penalties enumerated under N.J.S.A. 2C:35-4 reflect as much. In fact, people convicted of violating this statute face up to 20 of incarceration, much of which has to be served before the defendant even becomes eligible for parole. Add fines that may reach $750,000 to the equation and you have yourself the type of personal, professional, and financial devastation that can be virtually impossible to recover from.

When facing charges for maintaining or operating a controlled dangerous substance production facility in Bergen County, you undoubtedly need a skilled criminal defense attorney who knows the intricacies of illegal drug charges, the Brimage Guidelines, the prosecutors who handle these cases, and the complex area of criminal law, to help you challenge the key elements of the state’s case, such as the constitutionality of your arrest, questioning, or the police’s evidence gathering processes. Sometimes, there are holes to exploit that pave the way for the best outcome and even if not, you want someone on your side who can deftly negotiate a favorable plea bargain that lessens what can otherwise be decades of jail time. Call our Bergen County criminal law firm to talk to an extremely knowledgeable criminal defense lawyer who will aggressively fight for your rights. With local offices in Hackensack, former prosecutors and defense lawyers who concentrate on criminal law, and a reputation based on thousands of successfully handled cases in Bergen County and throughout New Jersey, we are thoroughly prepared to defend your innocence and combat whatever the state throws our way. Consultations are always available and provided free of charge. Simply contact (201)-330-4979 for immediate assistance.

New Jersey aggressively prosecutes the maintenance or operation of a controlled dangerous substance production facility, a violation of N.J.S.A. 2C: 35-4. The law states that anyone who owns, operates or maintains a place for the manufacture of controlled dangerous substances, such as methamphetamine, marijuana, lysergic acid diethylamide (LSD), phencyclidine (PCP), gamma hydroxybutyrate (GHB) or other New Jersey Schedule I or II drugs or substances that serve as controlled substances when ingested, is guilty of a crime of the first degree. It is also illegal to aid or abet by promotion, funding or other participation in the drug production enterprise.

These charges apply to a range of situations, such as growing marijuana at a warehouse, maintaining a meth lab in their backyard trailer, or operating a heroin production facility in an office or other space that is regularly used to manufacture drugs. Other drugs that are considered controlled dangerous substances, whether they are naturally occurring, synthetic, or analogs, may also be the subject of an operation maintained for producing illegal drugs. Even if you are not the owner but merely a worker or associate, you may be charged for aiding, abetting, promoting, funding, or otherwise supporting and participating in the drug operation.

To convict someone of violating N.J.S.A. 2C:35-4, the prosecutor must prove beyond a reasonable doubt that a defendant “maintained,” meaning operated, promoted, funded, or participated in a place, facility or premises that manufactures CDS regularly, as in an ongoing operation in the name of or headed by the person.  “Manufacture” is defined as producing, preparing, propagating, compounding, converting or processing a drug or its analog directly or through extraction of natural substances or chemical synthetics, including packaging, repackaging and labeling of containers containing drugs. Intentional or knowing participation is an essential element of the crime, which can be proven by admissions of the defendant, statements from witnesses or other people being prosecuted by the state, or circumstantial evidence that shows knowing participation.

The state considers the offense to maintain or operate a drug producing facility so serious that it is a first degree crime, far more serious than simple possession or possession with the intent to distribute CDS. A first degree crime can land someone in prison for up to 20 years. The minimum of the prison range starts at 10 years and a sentence can fall anywhere in between. The penalties for first degree crimes are severe, especially since you are not eligible for parole earlier than one-half to one-third of your sentence under the Brimage Guidelines, which were created to maintain uniformity of possible plea agreements on drug charges. Considering several factors, such as the amount of CDS, prior criminal history, mitigating factors, or whether a weapon was involved, the guidelines provide mandatory minimum sentences for certain crimes, like running a drug production operation on premises you own or control. And not only do you face lengthy imprisonment but also a high fine. Ordinarily, a first degree crime fine may be up to $200,000.00. For a violation of N.J.S.A. 2C:35-4, however, you may face a fine as high as $750,000.00 or five times the street value of the drugs illegally manufactured at the premises, whichever is higher.

Worse still, you could be charged with other crimes associated with maintaining a CDS production premises and subject to additional consequences, such as:

Heading up a drug trafficking network is a first degree crime with a mandatory minimum of 25 years in prison and up to $750,000.00 in fines. Employing a juvenile in a drug operation is a second degree crime, punishable by 5 to 10 years in prison and up to $500,000.00 in fines or 5 times the street value of the drugs manufactured, whichever is higher.  Since these associated crimes may be charged separately and not merged with the charge for maintaining a drug manufacturing premises, you could be looking at consecutive sentences with mandatory minimums before parole eligibility.

When accused of or charged with a first degree crime for maintaining a CDS production facility in Bergen County, you need advice and zealous defense as early on in the case as possible. This is among the offenses that are considered as serious as possible under the New Jersey Criminal Code. In other words, your future and your life hinge on the outcome. At our firm, we prioritize getting the best possible results for our clients above all else. Whether your drug production operation allegations occurred in Fort Lee, Teaneck, Elmwood Park, East Rutherford, Paramus, Lodi, Lyndhurst, or elsewhere in New Jersey, our team has what it takes to protect your rights. To speak with a dedicated criminal attorney regarding your matter, call our local Hackensack office at (201)-330-4979. We offer around the clock free consultations.