Possession and Distribution of Morphine 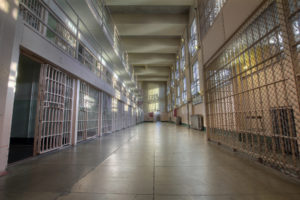 Morphine is a pain-relief medication prescribed to treat moderate-to-severe pain. Morphine is typically prescribed after surgery only if the patient was already taking morphine prior to surgery. It is derived from opium, making it similar to Oxycodone. Morphine can be found in tablet form, liquid form, and as a solution for injection through an IV. Because morphine is such a potent medication, it can be habit-forming. As a result, morphine has become a “recreational drug” of choice in New Jersey. Often, people who use the drug for legitimate medical reasons become addicted. The street names for morphine include “Duramorph,” “M,” “Miss Emma,” “Monkey,” “Morph,” “Roxanol,” and “White Stuff.” The high rate of morphine abuse in New Jersey has led New Jersey prosecutors to seek the maximum allowable punishments in morphine cases.

The Tormey Law Firm is a trial team of aggressive criminal defense lawyers, including an former New Jersey prosecutor who has handled countless drug cases in his distinguished career. Our defense attorneys have extensive experience defending clients against drug charges, including marijuana possession, prescription fraud, and heroin possession in Bergen County and throughout New Jersey, including in Fort Lee, Leonia, and South Hackensack.  We have successfully represented numerous clients charged with Morphine possession and intent to distribute Morphine. We encourage you to check out just a few of our successful results in the courtroom.

If you’ve been charged with a drug-related offense in New Jersey, call us today at (201)-330-4979 for a free consultation. And feel free to continue reading this page for additional information about morphine charges in New Jersey.

In New Jersey, it is illegal to carry prescription drugs and certain medications unless you hold a valid prescription. Under N.J.S.A. 2C:35-10.5, possession and/or distribution of morphine is prohibited unless carried out by a licensed physician, dentist, veterinarian, or pharmacist. As set forth by the Controlled Substance Act, morphine can be classified as either a Schedule II or Schedule III controlled dangerous substance (CDS), depending on the dosage. Pure morphine or morphine products with more than 50mg per 100g are Schedule II substances, while products with a non-narcotic medication added are Schedule III substances. Schedule II drugs have an accepted medical use but a high potential for abuse that can lead to physical and psychological dependence. Schedule II drugs are the most powerful drugs which can be legally prescribed in the United States. The penalties for possession or distribution of morphine vary, depending on the number of pills that are seized.

The most serious charge is second degree intent to distribute morphine. This is typically the charge if the offender possesses 100 or more units or morphine. If convicted of this charge, an offender faces five (5) to ten (10) years in New Jersey State Prison, with a presumption of incarceration. Additionally, a conviction can result in the imposition of a $300,000.00 fine.

In New Jersey, possession of between five (5) and 99 morphine units without a valid prescription is classified as a third degree crime. If convicted of third degree possession of morphine, you can be sentenced to between three (3) and five (5) years in state prison and fined up to $200,000.00.

If you are caught in possession of four (4) or fewer units of morphine, it is considered a fourth degree felony. This can be punishable by up to 18 months in state prison.

Disorderly Persons Offense: Failure to Turn Over Morphine to a Police Officer

Another related charge is failure to turn over morphine to a law enforcement officer. As set forth by N.J.S.A. 2C:35-10(c), failing to turn over a controlled dangerous substance (CDS) to police is a disorderly persons offense. It is not uncommon for prosecutors to use this as a downgraded charge in a morphine case. If convicted of this charge, you could face up to six (6) months in the county jail, a $1,000.00 fine, and suspension of your driver’s license for a minimum of six (6) months.

If you or a loved one has been charged with a morphine-related offense in New Jersey, protecting your interests is obviously your primary concern, and an experienced defense attorney will understand how to do just that. Our drug defense lawyers are prepared to examine the circumstances of your arrest and to undermine the validity of the search if possible. If the search was conducted illegally, then the entire case against you could be thrown out. Additionally, if you are facing Morphine charges in New Jersey, you may be eligible for a diversionary program such as the Pre-Trial Intervention (PTI) program or the conditional discharge program, depending on your prior record (if any) and the degree of your charges. To learn more about how to fight prescription drug charges, contact our offices anytime at (201)-330-4979. We will always provide you with a free consultation about your case.