Possession and Distribution of Valium 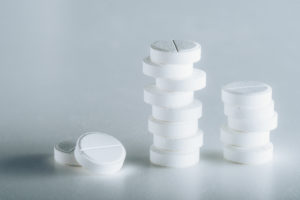 Valium is the common name for diazepam. It is prescribed for treatment of anxiety disorders, insomnia, vertigo, alcohol withdrawal symptoms, and muscle spasms. It can be used for sedation and as a muscle relaxer. Valium typically comes in tablet form for oral ingestion, although it is also available in liquid form for injection. In the past, Valium was the most frequently prescribed drug in the United States. As a result, Valium is now also the most commonly abused prescription drug in the United States. The street names for Valium include “benzos,” “downers,” and “tranks.” Because diazepam is both mentally and physically addictive, it is one of the most difficult drug addictions to kick. Overall, drug crime convictions in New Jersey have serious consequences, resulting in lengthy jail time, hefty fines, and extended suspension of your driving privileges. The high rate of abuse of Valium in New Jersey often prompts New Jersey prosecutors to seek the maximum allowable punishments in Valium cases.

The Tormey Law Firm is centrally-located in the heart of Bergen County’s justice complex, just steps from the Hackensack Municipal Court and Bergen County Courthouse, which allows our lawyers to serve clients charged with a vast array of offenses, such as marijuana possession, prescription fraud, and heroin possession in Bergen County and throughout New Jersey on a daily basis. For instance, we frequent courts in Garfield, Lodi, Mahwah, and Paramus, serving as tireless legal advocates for our clients.

In fact, many of our clients have discussed their experiences working with our firm on Avvo.com. One former client charged with marijuana possession said this, “Travis is a fantastic lawyer, I recommend him to anyone who is trying to beat a marijuana possession charge. Mr Tormey was able to reduce my charges from marijuana possession and paraphernalia down to “loitering in a drug zone” which is only a misdemeanor, there was no probation or license suspension involved. I could not have asked for a better outcome.”

To learn more about how we can help you beat a drug charge in New Jersey, contact the Hackensack offices of The Tormey Law Firm at (201)-330-4979. Call us anytime for an immediate and free consultation about your case. And please feel free to continue reading this page to learn more about Valium charges in New Jersey.

In New Jersey, it is illegal to carry prescription drugs and certain medications unless you hold a valid prescription. Under N.J.S.A. 2C:35-10.5, possession and/or distribution of Valium is prohibited unless carried out by a licensed physician, dentist, veterinarian, or pharmacist. As set forth by the Controlled Substance Act, Valium is a Schedule IV controlled dangerous substance (CDS). Schedule IV drugs have an accepted medical use but can lead to physical and psychological dependence. The penalties for possession or distribution of Valium vary, depending on the number of pills that are seized.

The most serious charge is second degree intent to distribute Valium. This charge may be brought if the offender possesses 100 or more pills and does so for financial gain. If convicted of this charge, you could be looking at five (5) to ten (10) years in New Jersey State Prison, with a presumption of incarceration. Additionally, a conviction could result in a $300,000.00 fine.

If you possess four (4) or fewer Valium pills, it is a fourth degree felony. This is punishable by up to 18 months in state prison.

Disorderly Persons Offense: Failure to Turn Over Valium to a Police Officer

Another related charge is failure to turn over Valium to a law enforcement officer. As set forth by N.J.S.A. 2C:35-10(c), failing to turn over drugs to police is a disorderly persons offense. Many times, this will be a downgraded charge that prosecutors use in a Valium case. If convicted of this charge, you could face up to six (6) months in the county jail, a $1,000.00 fine, and suspension of your driver’s license for at least six (6) months.

At The Tormey Law Firm, we have earned a reputation in New Jersey for doing whatever it takes to secure favorable results for our clients. Our attorneys will work tirelessly to defend you against drug charges and will pursue every available avenue to avoid the repercussions you are facing. We are available 24 hours a day to speak to you about your case. Simply contact our Bergen County offices at (201)-330-4979 for a free consultation.