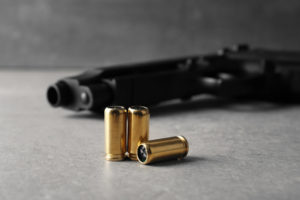 There is not a one-size-fits all approach to weapons charges in New Jersey. In fact, there are numerous laws on the books governing firearms and other weapons in the state. For instance, a second degree gun charge for unlawful possession of a weapon is by no means the same as a fourth degree criminal charge for possessing a silencer, which is considered a prohibited weapon or device in New Jersey. Despite the variability among weapons offenses, the state takes an extreme position against guns, representing one of the strictest states when it comes to firearms in the entire nation. The Graves Act is perhaps the most damaging component of NJ gun laws for those charged with the offenses that it governs. Under the Graves Act, a defendant charged with a firearms offense is facing mandatory state prison time and parole ineligibility, even with no prior criminal history. If you have been arrested on a gun or weapons charge in New Jersey, you need to consult an experienced weapons offenses defense lawyer who understands the many nuances of these cases and has a thorough handle on the various ways to beat the charges against you.

Travis J. Tormey is the founding partner of the Tormey Law Firm, with offices in the heart of Bergen County, New Jersey. He was named one of the Top 10 Criminal Defense Attorneys Under 40 In New Jersey in 2014 by the National Academy of Criminal Defense Attorneys and also heralded as one of the Top 40 Attorneys Under 40 in the Nation in 2014 by the National Trial Lawyers Association. Having handled thousands of criminal, traffic, and DWI cases in both New Jersey’s Superior and Municipal Courts, he and the defense team at our firm are prepared to review the facts of your case and ensure that your constitutional rights were not violated by authorities. If the evidence against you was seized illegally, our firm will petition the court to drop the charges against you entirely. We have also assisted countless clients with securing admission into the Pre-Trial Intervention Program, whereby the charges are dismissed by complying with certain conditions during a probationary term. When it comes to defense for guns and weapons charges in Bergen County, including in Hackensack, Paramus, Mahwah, Teaneck, Fort Lee, Elmwood Park, and other towns throughout New Jersey, you can place your case and your trust in our lawyers’ highly prepared hands.

For a free consultation about your weapons charges in New Jersey, call (201)-330-4979, submit an online contact form, or schedule an appointment to meet with us in person at our convenient Hackensack office location. You can also review our client testimonials page for additional information and check out our client reviews on Avvo.com.

Certain types of weapons are completely outlawed in New Jersey. If you are found in possession of a banned firearm such as a sawed-off shotgun, firearm silencer, defaced firearm, or hollow-point ammunition, you can expect to be arrested and you will almost certainly be looking at prison time. These types of weapons are banned in New Jersey because state officials have deemed that they are simply too dangerous and that they are extremely likely to be used in the commission of a crime. Even firearms that are legally permitted in New Jersey carry significant restrictions. Unless you have obtained a permit to own and/or carry a firearm, you will not be allowed to do so within state borders. The Tormey Law Firm provides aggressive and thorough defense against the full range of firearms and weapons offenses, including:

You should know that you may be charged with multiple crimes based on the same weapon and the same arrest. For example, if you are caught illegally transporting a handgun, shotgun, rifle, or other firearm for which you do not appropriate permits, you could face criminal charges for both unlawful possession of a weapon and unlawful disposition of a firearm, as it is also against the law to transport, ship, or sell a firearm without being appropriately authorized to do so.

Mr. Tormey has successfully represented many individuals facing weapons charges, including Armed Forces members. In many cases, Mr. Tormey’s clients avoided jail. In fact, scores of clients have been able to stay out of jail and avoid getting a blemish on their record altogether.

While it might seem obvious that “possession” means the defendant had the firearm or other weapon in their hands at some point prior to being arrested, it is important to understand that the law can actually be interpreted much more broadly. In fact, the legal definition of “possession” includes both actual possession and constructive possession. When a person is near a weapon and has control over its location, that person can be said to constructively possess the weapon. A good example of constructive possession in a possession of a weapon for an unlawful purpose case would be an individual who is pulled over by police while driving and then found to have a gun in their glove box. Although police might not have actually seen the driver handling the gun, the fact that the weapon was nearby and under the control of the driver would probably be enough to arrest the driver and charge them with a weapons possession offense.

What Constitutes a Weapon in NJ Criminal Cases?

The New Jersey statute that defines weapons can be found in section N.J.S.A. 2C:39-1. According to the broad definition under subsection (r), a weapon can be virtually anything capable of inflicting serious bodily or causing death. For the purposes of crimes and related weapons charges, weapons include firearms, components that can be assembled into a weapon, switchblades, gravity knives, dirks, daggers, stilettos, and other dangerous knives; bludgeons, metal knuckles, billies, sandclubs, blackjacks, slingshots, cesti or similar leather bands studded with metal filings or razor blades imbedded in wood; stun guns; and any device emitting tear gas or another substance intended to result in permanent injury or temporary physical discomfort by means of being dispensed into the air or vaporized.

Considering the breadth of the definition, it is not surprising how many people find themselves arrested and charged with weapons offenses. It is important to note that the specific type of weapon plays an important role in determining the specific degree of the charges and accompanying penalties. By way of example, firearms typically lead to second degree felony charges with potential punishments that include a prison term of 5 to 10 years. On the other hand, offenses with “other weapons” may lead to third degree crimes being charged or fourth degree in some cases. A third degree weapons charge has a maximum sentence of 5 years, while a fourth degree may result in up to 18 months’ imprisonment. Clearly, understanding the nature of the alleged offense and the severity of your case is incredibly important. Equally so, you should have an attorney who knows inside and out the potential defenses and strategies that can be used in weapons cases to achieve the best possible results. Contact our Bergen County weapons defense lawyers to talk through your case and get answers to your pressing questions free of charge.

Can You get PTI for a Gun Charge in NJ?

An elusive and yet, not entirely out of the question option that could be available in your NJ gun case is Pretrial Intervention (PTI). PTI is a diversionary program that allows first-time offenders in certain criminal matters to avoid prison and a conviction by complying with the terms of the program. Generally speaking, as long as the defendant stays out of trouble during the probationary period, the gun charges would eventually be dismissed. However, it must be noted that gun crime cases are usually deemed ineligible for PTI, and it can be difficult to persuade the prosecutor to allow entry into PTI for the most serious gun crime charges. Difficult, but definitely possible. When facing the uphill battle of attempting to be admitted into Pre-Trial Intervention for a gun charge, you need to have an experienced gun lawyer on your side who knows how to position you for acceptance. There is no guarantee here, so PTI for weapons charges is best left to a knowledgeable and skilled attorney.

When your freedom is on the line, put your gun crime defense in the hands of an experienced weapons defense lawyer. To speak with a renowned NJ gun attorney about your case in Lodi, Englewood, Garfield, Bergenfield, or East Rutherford, or elsewhere in New Jersey, call (201)-330-4979 today. You can also email us to schedule a free consultation.