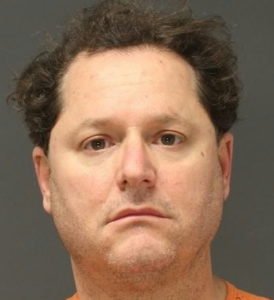 An ex-rabbi in Woodcliff Lake, New Jersey has been charged with sexual assault. The suspect in the sex offense case is Menachem A. Weiss, a 46-year-old man who previously resided in Woodcliff Lake in Bergen County, NJ. Weiss has lived in Los Angeles, California with his wife for at least a few years and worked as a teacher. However, he is now in NJ after being extradited back to the Garden State to face the very serious criminal charges against him. Those charges are related to an alleged sexual assault of a young boy in 1999.

According to Bergen County prosecutors, Weiss sexually assaulted the underage victim on multiple occasions in Woodcliff Lake, NJ between January 1999 and June 1999. At the time of the alleged sexual assaults, both Weiss and the victim lived in the borough. Woodcliff Lake detectives opened an investigation into Weiss after receiving information that he committed the sex crimes. Authorities finally obtained an arrest warrant, and Port Authority cops later arrested Weiss.

Have you been accused of aggravated sexual assault, criminal sexual contact, child endangerment, or any other sex offense in Bergen County, NJ? Then you should talk to a qualified criminal lawyer as soon as possible. Travis J. Tormey is an experienced criminal defense attorney who defends clients against sex crime charges in Bergen County, including Woodcliff Lake, Hackensack, and Paramus. Contact Attorney Tormey today to discuss your case.