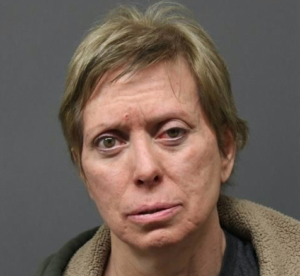 A Park Ridge, NJ woman was recently arrested and charged with multiple crimes after allegedly defrauding a senior citizen out of more than $100,000. The suspect in the fraud offense case is Kim Covello, a 62-year-old who lives in Park Ridge in Bergen County, NJ. She has been accused of committing fraud and stealing funds from her 94-year-old neighbor. According to the Bergen County Prosecutor’s Office, Covello managed to get power of attorney over the victim in 2012. Then, from 2012 to 2016, Covello reportedly used her power of attorney over the senior to withdraw roughly $150K from the victim’s personal bank accounts. Once those checking accounts had been drained of all cash, the victim was left with no money and needed to rely on public assistance just to survive. Meanwhile, Covello allegedly used the money stolen from the victim to pay for an addition to her home in Park Ridge, NJ.

Authorities received information about the alleged theft offenses in April 2017 and started an investigation into Covello. Detectives with the Bergen County Prosecutor’s Office interviewed the victim and the suspect and took a close look at financial records. Authorities eventually uncovered enough evidence to obtain a warrant for Covello’s arrest. In March 2018, police officers arrested Covello in Paramus, New Jersey.

Covello faces criminal charges for theft and elder abuse. The theft charges are classified as a felony-level offense because the total amount of money that Covello allegedly stole from the senior victim exceeds $200. Under New Jersey law, a person who steals under $200 is typically charged with a disorderly persons offense and can be sentenced to six months in the county jail if convicted in municipal court. However, NJ law also dictates that when the total value of the property or money stolen exceeds $200, the charge is a felony and the offender can potentially be sentenced to time in New Jersey State Prison. In this case, Covello reportedly stole more than $75K, so it is considered a first degree crime that carries a potential punishment of 10-20 years in NJ State Prison. In addition to facing prison time if convicted, Covello could also potentially be ordered to pay restitution to the theft crime victim.

Travis Tormey is an experienced criminal defense attorney who represents clients charged with theft and fraud crimes in Bergen County, including Hackensack, Paramus, and Fort Lee. If you have been arrested and charged with a theft offense in Bergen County, NJ, contact Attorney Tormey now to schedule a free consultation about your case.