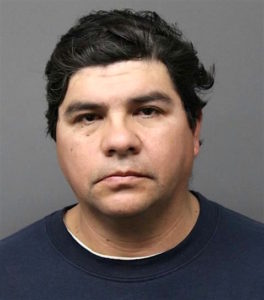 Authorities recently arrested a Union City man who has been accused of stealing checks while delivering mail in Bergen County, NJ. The suspect, Hector O. Tejada, is a 50-year-old resident of Union City and worked as a mail carrier in Bergen County, New Jersey. According to law enforcement officials, Tejada stole checks that he was supposed to deliver to residents along his daily mail route.

Police learned about the alleged theft crimes in September 2017 when someone in Allendale, NJ went to local authorities to report that a check had been stolen from his mail. The Allendale Police Department reached out to the Bergen County Prosecutor’s Office and the United States Postal Service Office of the Inspector General, and all three agencies worked together to investigate the incident. It took several months, but detectives eventually uncovered evidence that linked Tejada to the alleged theft. Bergen County Prosecutor Gurbir S. Grewal later issued a statement indicated that Tejada stole a check from the Allendale resident and then used an ATM to deposit the check into a personal bank account.

Detectives continued with the investigation into Tejada and reportedly learned that he stole a total of nine checks from residents on his mail route in Bergen County, NJ. Tejada allegedly committed the thefts between March and October and stole checks totaling roughly $8,000.

Tejada has been charged with several crimes, including theft by deception and forgery. The forgery charges were brought against Tejada because he allegedly forged the check receivers’ names on the checks and then used ATMs and electronic deposits to fraudulently transfer funds into his account.

Tejada could face additional criminal charges because authorities are still investigating the case. Anyone in Bergen County, or elsewhere, who thinks that they might have been victimized by Tejada should alert law enforcement immediately.

The charges currently filed against Tejada have been classified as third degree felonies. This means that Tejada could faces penalties that include a sentence of 3-5 years in New Jersey State Prison if he is convicted on a single criminal count at trial in Bergen County Superior Court in Hackensack. Beyond that, since theft by deception is a crime of moral turpitude, it’s also possible that the superior court judge would impose heavy monetary fines and order Tejada to pay restitution if convicted.

The criminal defense attorneys at the Tormey Law Firm represent clients charged with theft and fraud offenses in Bergen County, including Allendale, Hackensack, and Paramus. If you or a loved one was recently arrested and charged with theft by deception in NJ, you should talk to one of the skilled members of our legal team immediately. Contact us now to start your defense.