Contesting an Assault Charge in NJ: Effective Ways to Beat Your Assault Case 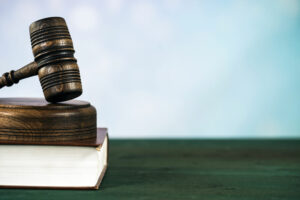 You got in a heated argument with your boss at work, your spouse, someone you’re dating, or a random stranger at a bar, and it turned ugly. As you turned to leave, they ran after you, and you hit them. Now you are charged with assault and afraid you will go to jail. Though an assault charge is nothing to take lightly, you are not necessarily doomed to incarceration. You may not know the choices you have to defend yourself against the charges or that the circumstances of the assault matter when it comes to charges and penalties for a violation of the law. Our committed and accomplished criminal defense attorneys have vast experience handling assault defense in Bergen County and New Jersey. Here, we tell you more about some of the various ways to successfully beat an assault case in NJ.

Is Simple Assault a Felony?

In New Jersey, assault is legally categorized as simple and aggravated assault. Simple assault occurs in a multitude of ways, when someone punches another, accidentally nicks someone when recklessly waving a knife around, or threatens someone with imminent harm. In essence, someone with intentional or negligent action hurts someone else or frightens them into thinking they are about to get hurt. The injury need not be serious, or even at all in order to meet the necessary elements for an assault charge that is “simple.” If charged with simple assault, an accused faces a judge in the municipal court, where all disorderly persons offenses are settled, tried, or dismissed. If convicted of simple assault, they may be sentenced to serious punishment, up to six (6) months incarcerated and a fine of $1,000.00. However, the judge may regard a lesser sentence if the accused and victim fought each other, meaning both agreed to fight. In that case, the charge may be a petty disorderly persons offense, chancing a 30-day jail sentence and upward of $500.00 in fines.

Is Aggravated Assault a Felony Charge?

Aggravated assault is an indictable crime for which a jury decides guilt or innocence in the superior court. The penalties are steeper because it is a more serious crime that the New Jersey legislature wants to deter people from committing. When one individual attempts to severely injure another, recklessly injures someone with a knife or other weapon or points a gun at someone, among other conduct, they may be prosecuted for aggravated assault. The severity of the crime, injury, and degree of callousness of the one accused of assault determines whether the crime is a fourth, third or second-degree aggravated assault charge. The victim also makes a difference, as New Jersey considers any assault on a police officer “aggravated.” The penalties for these crimes can range from 18 months to 10 years in prison and $15,000.00 to $150,000.00 in fines.

Assault in a Domestic Violence Situation

However, not all assaults are the same. For example, one spouse viciously slapping the other across the face after being provoked in a heated argument may be treated differently than an accused randomly approaching a total stranger and punching them in the stomach. Maybe neither of the victims were seriously injured, but one assault may lead to a restraining order in addition to a criminal charge, as it is considered domestic violence. Understandably, emotions run high in marital fights, especially if one spouse is taunting the other. It does not excuse the assault, but it is a special type of case when assault happens among those considered domestic abuse victims and perpetrators.

Regardless of whether assault is a domestic violence case or a typical case in criminal court alone, the court and prosecutor can take into consideration the circumstances of the assault in assigning a crime grade or sentence, whether it is on the high or low end of the sentencing range. What should be done before any conviction, is to fight tooth and nail to get the charges dismissed or resolved in your favor.

Prove You were Acting in Self Defense

It matters in sentencing, grading of the crime, or even dismissing the case if the accused can prove they were acting in self-defense. Perhaps the accused is the victim’s roommate. They can argue that they have lived with the roommate for years and knows that when the roommate gets drunk, they start throwing furniture around and destroying things. They also turn violent if anyone gets in their way. The accused might argue that they felt threatened and knocked the roommate, a much larger person, down to the ground to prevent them from destroying the place and possibly hurting others during a drunken rage. Because the roommate had reason to be fearful and act in self-defense, the judge may throw the case out or downgrade the crime to a disorderly persons offense.

Show that You were Defending Others or Your Property

If the accused was defending others and property, like their friends, spouse, children, or home, the charges may also be dropped or downgraded. So, if someone is attempting to break into your home or business and you tackle them to the ground, a court might find such behavior excusable. Even though the burglar may have broken in only to steal personal property, the accused who assaults the intruder does not know whether the burglar intends to harm them or their family. It is a reasonable response and not one intended to hurt someone just to hurt them.

Weaken the Prosecutor’s Case to get a Better Result

Each assault has subtleties and nuances that a judge, prosecutor, or jury may consider excusable or less serious than the degree of assault charged. In hiring an attorney, you can get easier access to the prosecutor to discuss the case at all stages of the proceedings. For example, your attorney can discuss the mitigating factors of your case from the first hearing in court. They may explain to the prosecutor that when other person ran after you, you felt you were in danger of serious physical harm and reacted in self-defense. Witnesses to the incident could bolster your version of the facts and perhaps convince the prosecutor to drop or reduce the charges to a municipal court offense.

Negotiate an Alternative to Jail Time

However, even a disorderly persons offense has consequences. A lower offense is still part of your criminal record and may affect your future job prospects. If it is your first run-in with the law or even if it is not, your attorney may persuade the prosecutor to drop their argument to incarcerate you in exchange for a guilty plea. A plea bargain is sometimes helpful to avoid or reduce prison or jail time. And for first-time offenders, you may have options rather than go to prison. For example, a prosecutor and judge may agree that you are better off going to counseling and anger management classes rather than going to prison.

Ultimately, if your attorney can get your case dismissed, you may avoid further consequences.

Fight the Assault Charge and Restraining Order in Dual Proceedings

The bottom line is you can alleviate your worst nightmare by speaking to an experienced criminal defense attorney about your unique circumstances. With experience in the dual arenas of criminal and family courts, your lawyer can find various defenses and compromises to help you stay out of jail or avoid a permanent restraining order so you can move on in life. We do this on a regular basis for clients throughout Bergen County and New Jersey. Contact our local office in Hackensack NJ at (201)-330-4979 to receive a free consultation and let our attorneys help.