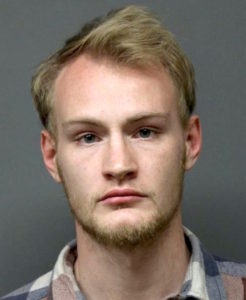 NJ authorities received information that Okie was purchasing weapons illegally in Pennsylvania and then turning around and selling the weapons in New Jersey. An undercover detective with the Bergen County Prosecutor’s Office then arranged meetings with Okie. Since March of this year, the undercover officer and Okie allegedly met several times for the purpose of conducting illegal firearms sales. Those transactions reportedly involved an AK-47 rifle, three AR-15 rifles, a number of high-capacity magazines, and more than 100 rounds of firearms ammunition. Acting Bergen County Prosecutor Dennis Calo recently issued a statement about the investigation and stated that Okie sold assault rifles and other weapons to New Jersey residents.

Okie faces numerous criminal charges for weapons offenses, including four counts of second degree possession of an assault rifle, four counts of third degree unlawful possession of a rifle, four counts of third degree illegal sale of a firearm, seven counts of fourth degree sale of a high-capacity firearm magazine, and seven counts of fourth degree possession of a large-capacity firearm magazine. All of the criminal charges are felonies, which means that a conviction for even one count could result in Okie being sentenced to several years behind bars in New Jersey State Prison. Additionally, the Graves Act would apply in this case because it involves gun possession charges, meaning that a conviction would subject Okie to a minimum mandatory term of incarceration.

Were you arrested and charged with illegal gun possession in Hackensack, Paramus, Fort Lee, or somewhere else in Bergen County, New Jersey? Then you should talk to an experienced NJ criminal defense lawyer about your case. Contact Travis Tormey now to schedule a free initial consultation and start your defense.