Can You go to Jail for Shoplifting in NJ? 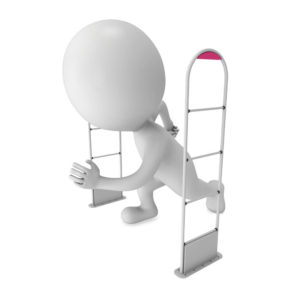 Shoplifting in New Jersey involves more than the allegation that a person removed or concealed a retail item from a place of business without paying for it. In fact, shoplifting can also include situations in which a cashier rings in the item for less than the actual cost on purpose, a person alters an item’s price tag, or a shopper enters false codes into a self-checkout station in an effort to pay less. If a person is detained by a store official, security guard, or police officer with unpaid merchandise in New Jersey, they may be accused of shoplifting and be responsible for the various consequences associated with this offense. Most shoplifting allegations carry a presumption of non-incarceration, meaning that the accused person is not necessarily required to serve jail time upon conviction. However, each level of shoplifting charges carries the potential for time in the county jail or NJ state prison, depending on the specific degree of crime charged.

Lower level crimes involving shoplifting in NJ are categorized as disorderly persons offenses, which are not typically punished with jail, while more serious felony shoplifting crimes entail possible incarceration. Second degree shoplifting even entails a mandatory prison sentence. Regardless of whether you have a municipal or superior court shoplifting case, shoplifting is a serious matter that can impact your life for years beyond the court process. It is important to understand the possibility for jail time, fines, and other ramifications upon conviction if you have been arrested for shoplifting in Paramus, Hackensack, Garfield, Teaneck, Fort Lee, Elmwood Park, Lodi, or elsewhere in Bergen County or New Jersey. Contact our skilled team of Bergen County shoplifting defense lawyers for a free consultation and immediate assistance with your shoplifting case. You can reach us anytime by calling (201)-330-4979 or contacting us online to discuss your case.

What are the Penalties for Shoplifting in New Jersey?

When you are facing criminal charges for shoplifting, you must learn and understand the associated penalties, as well as options for alternative consequences. Penalties for shoplifting in NJ depend on the value of the item in question. For instance, an item valued at up to $200 will be classified at the less-serious level of a disorderly persons offense. When it comes to these offenses, an accused party who pleads guilty or is convicted will face a maximum fine of $1,000 and a six month jail term.

Punishments for shoplifting offenses in New Jersey are also adjusted based on whether or not the defendant has been convicted of shoplifting in the past:

Ways to Avoid Penalties for Shoplifting Charges in NJ

Additionally, in many shoplifting cases in New Jersey, the classification of the offense can be challenged based on the value of the items in question, especially if the defense believes the prosecution has overvalued the allegedly stolen items. If a person is facing a third degree shoplifting offense or fourth degree shoplifting offense with no prior convictions on their record, the prosecution has the discretion to downgrade this to a disorderly persons offense if the items in question are worth less than $2,000. Getting a shoplifting charge downgraded from an indictable offense to a disorderly persons offense means that you will face significantly lesser penalties and have your case resolved in the local Municipal Court, as opposed to the County Superior Court.

If the above options are not available, plea bargains might also be pursued with the prosecution to reduce the penalties listed above. In most shoplifting cases resolved by way of plea bargains, the prosecutor will recommend a sentence to the judge that the defendant’s attorney has also agreed to on behalf of the accused. The judge in the case is not mandated to follow this recommendation, but judges do take the prosecutor’s advice in many of these cases.

Of course, pursuing an outright dismissal is always the first and best option in any criminal case, including those involving shoplifting. Depending on the facts and circumstances of your arrest and the discovery in your case, a skilled lawyer may be able to argue that your charges be dismissed based on lack of evidence, lack of witnesses, a violation of your right to a speedy trial, or another shoplifting defense strategy. Some of the top defenses for shoplifting that our experienced defense lawyers use to combat these charges include:

Have a Shoplifting Case? Get Local Hackensack Lawyer Help Today

If you are facing shoplifting charges based on allegations in Mahwah, Englewood, Fair Lawn, East Rutherford. or elsewhere in Bergen County or New Jersey, contact our talented Hackensack shoplifting defense lawyers to talk about your charges and what can be done to challenge them. For a free consultation, simply contact our local office at (201)-330-4979 now.