Shoplifting Defense Strategy #2: Failure of Witness to Show Up to Court

Shoplifting Defense Strategy #2: Failure of Witness to Show Up to Court 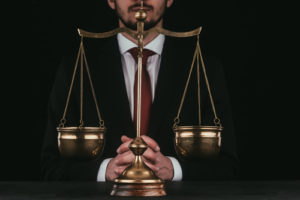 Another defense strategy that Travis Tormey uses to fight shoplifting cases involves the filing of a motion if the prosecutor is not ready to proceed with the case against you.

The state must prove the case against you beyond a reasonable doubt. And you have the right to a trial.

As a result, if the store employee does not show up to court, Mr. Tormey will file a motion to dismiss. Often, the court will dismiss the case outright if the case is marked for trial. Alternatively, the court may mark the case a second time for court, which is known as a “try or dismiss” listing. The court will then subpoena the witness and send an official notice. If the witness still doesn’t show up, the case against you will be dismissed.

If you’ve been charged with shoplifting in New Jersey, it is imperative that you have an experienced criminal defense attorney representing you in court. If you do not have an attorney, the judge will typically “carry” the case a number of times and give the prosecutor several chances to allow the store employee to show up in court. With an experienced attorney standing by your side and filing motions each time you go to court, the case will be thrown out much faster. If you want to give yourself the best chance of getting the case against you tossed out of court, speak with an attorney immediately.

A conviction for shoplifting can have serious consequences. Even if you are convicted of a disorderly persons offense, you can be sentenced to up to six (6) months in the county jail. And having a theft offense appear on your criminal record can damage your reputation and your job prospects.

There are three (3) other shoplifting defenses that we use to defend our clients in shoplifting cases. These defenses include:

If you’ve been charged with shoplifting in New Jersey, contact Travis Tormey at (201)-330-4979 for a free consultation about your case.