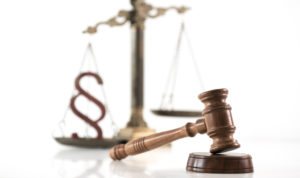 Maywood is a picturesque, small town insulated within busy Bergen County. Reminiscent of the bygone era of a Norman Rockwell painting, a trip here is made complete by a short train ride or stroll down Pleasant Avenue. Unfortunately, despite the simplicity of the town, many visitors leave with more than they bargained for. The heavily staffed police department often charges visitors and residents with traffic tickets, petty disorderly persons offenses, disorderly persons offenses, and indictable crimes in the Borough of Maywood. Depending on the crime charged, you could be detained pending a bail hearing or arrested and released with an upcoming court appearance in either Municipal or Superior Court. Either way, facing criminal or DUI charges in Maywood, NJ, means you are now exposed to serious consequences. Our experienced criminal lawyers are prepared to defend you against any offense that you have been charged with in Maywood, including assault, disorderly conduct, harassment, drug charges, illegal gun possession, domestic violence, or DWI. If you are looking for a knowledgeable Maywood NJ criminal defense attorney near you, contact (201)-330-4979 for a free consultation now. One of our lawyers is always available to evaluate your case and to outline your available options.

Charged with a Disorderly Persons Offense in Maywood NJ

Maywood, New Jersey is a small town whose population barely reaches 10,000 people. The borough, accessed by Interstate 80 and Routes 4 and 17, brings many visitors. The 1.29 square miles is patrolled by the Maywood police department of approximately 20 officers. Clearly, the staff to square mile ratio is high. This results in an increase in revenue through the issuance of traffic tickets including DWI, and by the charging of municipal complaints for misdemeanors known as disorderly persons offenses and petty disorderly persons offenses.

For example, in Maywood, some offenses are charged more often than others. Possession of less than 50 grams of marijuana, simple assault, drug paraphernalia, and having a controlled dangerous substance (CDS) in a motor vehicle are common examples of charges that our attorneys see in Municipal Court. DUI charges are also issued on a regular basis in Maywood. Unfortunately, a DUI can result in a loss of license, massive fines, and increased state and insurance surcharges and possibly jail. Possession of less than 50 grams of marijuana, a disorderly persons offense, also has serious consequences such as a mandatory loss of license, up to 180 days in jail, probation, a mandatory fine of $500, and discretionary fine up to $1000. An additional unfortunate consequence of a marijuana charge is that it will show up on your record and can impact such things as employment and college.

Under most circumstances, anyone charged with the above offenses will receive a notice for municipal court. The notice will designate a date and time for you to attend court and plead to or fight the charges. However, if you have been charged with a domestic violence offense, your case can be put on a warrant and you would be brought to jail and held there until a hearing occurs. For example, charges of simple assault can land you in jail for 180 days and probation may be ordered. If the simple assault is due to an alleged act of domestic violence, you could be lodged in jail until the court decides whether to release you at the detention hearing. This is because bail is not an automatic right and you cannot simply pay a fee and get out. Our attorneys have experience with these charges and, if retained, we will represent you at the detention hearing, obtain discovery, review the facts, and appear on your behalf. No matter whether you are held or released, domestic violence cases may involve multiple components, so you could be facing criminal charges and a restraining order.

Maywood misdemeanors, municipal ordinances, and motor vehicle offenses are handled in the Paramus Municipal Court. The court is located at 1 W Jockish Square #1, Paramus, NJ 07652. If you need to reach the court, you can contact them during operating hours from 9:00am to 4:00pm and the phone number is 201-265-2100, ext. 2320. Cynthia Holmes is the Court Administrator.

The presiding judge for Maywood cases is the Honorable Francis A. Ciambrone. Court sessions are held the first, third, and fourth Tuesday of every month at 1:00pm. For more information about municipal court cases in Maywood Borough, visit their website.

If you have the misfortune of being charged with a felony offense in Maywood, you will know immediately as you will be required to attend what is known as a First Appearance in Bergen County Superior Court, not municipal court. Charges for indictable offense will either be put on a Warrant or a Summons Complaint. If the charges are on a warrant, the court will input data into a program and a score will be returned indicating whether you should be held or released. If held, you will be lodged in the Bergen county jail and await a detention hearing in which your attorney will argue for release. If released, you will be given a First Appearance in which the court advises you of your rights as well as any available programs. At that time, the court will schedule your case for a Pre-Indictment Conference and you must appear with an attorney. It should be noted that indictable offenses are serious crimes with potentially grave impacts upon the person charged.

For instance, indictable offenses are crimes that can preclude you from obtaining gainful employment, from owning a weapon or firearm, and even from receiving financial aid for college. Some of the more commonly filed crimes with serious consequences include theft offenses, aggravated assault, and drug possession involving illegal drugs like cocaine and heroin, as well as unlawfully possessed legal prescription drugs. For example, possession of one tiny Oxycontin without a prescription will result in a third degree felony crime. This seemingly innocuous crime carries a potential state prison term of 3-5 years. Even if you avoid jail, you may still be required to go to county jail for up to 364 days, be placed on probation, face a fine of up to $35,000, a mandatory fine of $1000, and loss of your license for up to 2 years. Just as there are countless crimes that you can be charged with, there are countless ways to resolve the case.

We take into consideration your interests and review of the case and meet and negotiate with the prosecutor. On some occasions, the case can be resolved to the mutual satisfaction of all parties by way of plea or enrollment in a diversionary program. On the other hand, some cases may not be right for settlement or you may want to proceed to trial at a later date. In those cases, motions may be filed that eventually result in dismissal or provide a better avenue for resolution. Even if the case cannot be resolved without an aggressive trial defense strategy, our attorneys have the experience to represent you in a trial, cross-examine witnesses, and argue for acquittal.

In the case of a plea, we will minimize your overall sentencing exposure and charges. Similarly, if you have never been to court or been convicted previously, we can argue for the conditional discharge program in Municipal Court, which will eventually result in dismissal of the charges. In Superior Court, if you are a first-time offender, you may apply for and be accepted into the Pre-Trial Intervention (PTI) Program. PTI is a way to have the charges dismissed if you comply with all conditions during the court-ordered term. With PTI no guilty plea is typically required. However, in many cases, the person charged may not be eligible for PTI due to a prior conviction. In the event that this is not your first charge, you are not without recourse.

Many of our clients are not first time offenders, but we still achieve results that are widely accepted as successful to them. Perhaps you may be concerned that your case is a felony and you do not want any such crimes on your record. As a result of your concern, we may be able to have the charges downgraded to a lesser offense such as a disorderly persons offense. Similarly, some people may be concerned with having any charges on their record and therefore want a trial. Simply put, different interests dictate different outcomes and our office is prepared to handle any matter that presents itself. Regardless of the case, our first step is always to thoroughly review the circumstances and evidence to identify possible grounds for a dismissal.

No matter what the situation, you have help available. Our criminal defense lawyers have extensive experience handling traffic tickets, petty and disorderly persons offenses, and indictable crimes in Maywood Borough and neighboring towns in Bergen County. If you have been charged in either Municipal or Superior court, contact us immediately at (201)-330-4979, as the case will move swiftly through the system and you want need a strong defense to obtain the best outcome.