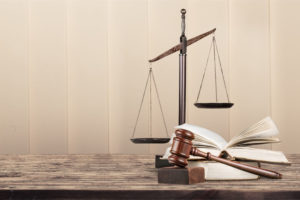 Filing for divorce, breaking up, or having issues with a family member are stressful and emotional processes in and of themselves, but adding the element of domestic violence allegations further complicates these issues. In addition to the possibility of a restraining order and a judge’s finding that you have been abusive to a former partner, household member, or loved one, claims of domestic violence in Fort Lee, New Jersey can also impact your ability to maintain custody or visitation time with your children, to stay in your home, and to own and possess firearms. If you are involved with a restraining order case, it is vital to know and understand common issues in domestic violence cases and related family law matters, such as divorce and child custody, in Fort Lee, NJ. To discuss the specifics of your case, get a free consultation with an experienced Fort Lee domestic violence lawyer at our firm today. Simply call 201-330-4979 for personalized guidance and legal assistance. You can also schedule an appointment to meet with a skilled restraining order attorney at our local office in Bergen County, New Jersey.

If you are served with a temporary restraining order in Fort Lee or elsewhere in Bergen County, a final order can impact your life in more ways than you might expect. For instance, the state will seize your weapons and you will be barred from owning a gun. In addition, you may be asked to leave your home and unable to return if you previously resided with the alleged victim. Moreover, non-citizens often face consequences with immigration and citizenship status. Domestic violence can also spell consequences for a pending divorce or create problems for you with regard to child custody.

Restraining orders in NJ are designed to protect a victim who has a reasonable fear over threats or actual violence; however, in a divorce or contentious break-up scenario, these restraining orders can sometimes be misused as a way to try to get an edge over the other party. Unfortunately, it is not an uncommon practice for one or both people in a Fort Lee divorce or child custody dispute to look into getting a restraining order against the other person.

Restraining orders can be issued when a victim has been assaulted, threatened, harassed, or stalked. Even if the marriage does become volatile and the tension of conversations heightens closer to the divorce filing, this does not mean that domestic violence has occurred. If you’ve been accused of abuse and believe the facts are clear, you need to protect yourself by going the extra step of retaining a domestic violence lawyer in Fort Lee. For example, the spouse who wants to stay in the family home might try to allege that you’ve abused them so that you have to move out of the property to meet the terms of the TRO. In this case, the victim could be trying to use this as leverage.

As you might expect, any claim of domestic violence, including those that are named as evidence supporting a TRO, may come up in the context of decisions around custody. As a parent, you naturally have an interest in wanting to maintain as positive a relationship as possible with your children. Both from the standpoint of the physical time you’re able to spend with them and from the perspective of their perception of you when a TRO or FRO is in place, this can be a very challenging situation for a parent. It is important to protect your freedom and also your right to have visitation and/or custody with your child when domestic violence is alleged in Fort Lee, NJ.

An in-effect restraining order has the impact of putting the accused spouse in a negative light in terms of the judge in a divorce and custody case. Judges have to consider domestic violence when deciding custody orders, so it is very likely that these allegations will become an important element during your discussions in family court. If the judge believes the victim’s claims of abuse, they are likely to wonder whether this abuse will extend to the children. This means that the other party might have the upper hand in terms of custody and also is more likely to receive exclusive use of the family home.

Restraining orders are not just problematic because of the fact that it can be made to look like you’re a violent person. They also can make communication between co-parents more complicated. If there’s a TRO in place and there’s been an emergency or you’re running late, even reaching out over the phone could violate the restraining order.

Violation of a Restraining order in Fort Lee

The possible violation of a TRO or an FRO is a serious matter. If a person does violate the existing restraining order, you could be facing contempt of court charges, be put in jail, or fined. There will also likely be reports filed by the victim with the police for each individual alleged violation of the order. Claims that the order has been violated can make a mounting case that you in being accused, have indeed carried out the violence or violations in question. This could result in criminal repercussions and a permanent restraining order if one is not already in place.

Getting a Restraining Order in Fort Lee NJ

Do you need help with a pending final restraining order in Fort Lee? Speak with a local and experienced Fort Lee domestic violence lawyer right away. You can reach us at  201-330-4979 to speak with an attorney who can answer your questions and address your concerns free of charge. Contact us now to learn more.