Second degree crimes in New Jersey are reserved for serious offenses, which carry thousands of dollars in fines, long stints in prison of 5 to 10 years, and no early release if your crime is considered violent. 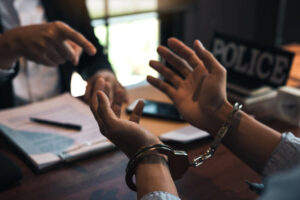 How do Second Degree Crimes Fit into the NJ Criminal Charging Structure?

In the New Jersey criminal system, offenses are categorized not as felonies and misdemeanors but as indictable, disorderly persons, and petty disorderly persons crimes.  Indictable offenses are classified as felonies in most other states and include manslaughter, burglary, and possessing CDS with intent to distribute.  They have levels from first through fourth degree. Disorderly persons crimes are what other states call misdemeanors, such as simple assault, shoplifting, and writing bad checks. Petty disorderly crimes are minor offenses such as trespassing and disorderly conduct. With that background information, it is important to understand that being charged with a second degree indictable offense means you are facing the second-most severe level of crime that can be charged in the state of New Jersey. The only degree above second in terms of severity is a first degree indictable offense.

Most second degree crimes carry a five to ten year sentence and a fine of up to $150,000.  The fine amount may be more regarding drug offenses, and financial restitution may be ordered in some instances. Although it appears that the sentencing structure is rigid, a judge does have leeway to adjust sentencing.  For example, if the crime had mitigating circumstances, such as a spontaneous act causing little physical damage to the victim, and it was the defendant’s first offense, a sentence of five years may be given.  The penalty may be closer to the ten-year maximum if the defendant has a criminal record and committed a more violent crime. Other examples of mitigating circumstances are unusual circumstances; the defendant shows remorse, extensive abusive or violent family history, substance addiction, and the defendant played a minor role in the crime and harmed no one.

A presumption for incarceration means that it is assumed that if you are convicted, you will go to jail.  Presumptive jail terms are usually handed down in first- and second-degree crime cases. The mitigating circumstances listed above may lessen a defendant’s sentence.  When there is a case of presumption for incarceration, the pendulum may swing the other way, as well through aggravating factors.  There are many possible aggravating factors.  Some of them include the degree of violence of the crime, the risk that another crime will be committed, a violent crime was committed against an elderly victim; the defendant committed a violent offense against a law enforcement officer to act as a deterrent from reoffending, and the extent of the defendant’s prior criminal record. If you are charged with a second degree crime, there is usually a presumption of jail time, and many have a required minimum you have to serve before parole eligibility.

PTI, also known as Pre-trial Intervention, is usually unavailable for second degree offenders. There is not generally a hard and fast list of crimes that make you ineligible for the program, but it is doubtful your application will be accepted without help from an experienced criminal defense attorney who knows what can be done to get you approved for the program. You can petition the prosecutor with a statement explaining why you should be considered for the program, and create a package of reasons supporting your application, character letters, references, and other evidence of your good standing in the community. They will look at your situation’s mitigating and aggravating circumstances and whenever you are seeking PTI for a second degree offense, having an attorney representing your case is a must.

There are two sentencing mandates applied frequently in New Jersey criminal courts in serious cases. The first is the No Early Release Act NERA  (N.J.S.A. 2C:43-7.2) which requires that an offender complete 85% of their sentence before becoming eligible for parole.  Crimes that fall under this statute are violent ones.  Some examples include causing a drug-induced death, s0me aggravated assault crimes, carjacking, kidnapping, murder, vehicular homicide, robbery, and sexual assault, among others. 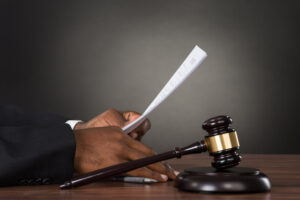 The Graves Act encompasses weapons-related crimes.  Some of the crimes governed by the Graves Act are possession of a firearm for an unlawful purpose, possessing a gun in the course of dealing a CDS, and illegal possession of a firearm, among others. This act provides a presumption of incarceration for no less than 42 months.  What gives the statute even more teeth is additional drug charges related to the weapons offense, which will be given consecutively rather than concurrently.

A recent bill was passed in New Jersey (No. 2426) which establishes a “rebuttable presumption” that a defendant charged with a firearm-related crime can be detained before their trial. This bill also states that pretrial detention is applicable for someone charged with a first or second degree crime with an 85% mandatory minimum.  The defense’s demonstration of proof can refute a rebuttable presumption through a preponderance of the evidence.

Second Degree criminal offenses are considered Superior Court cases. In fact, first through fourth degree cases are handled through the Superior Court in the county where you were charged. Indictable offenses must go to a grand jury for an indictment before a criminal trial can occur. In a select few cases, a fourth degree crime will be downgraded and remanded to the lower court.

Are you facing second degree indictable offenses charges in New Jersey? Are you aware of the seriousness of your situation?  The potential penalties of a second degree crime can be severe, up to ten years.  These are life-changing consequences that could devastate you and your loved ones. Contact our NJ attorneys to begin to mount your defense. You should take advantage of this moment to get ahead of the legal process and start protecting your rights.  Our criminal defense lawyers have defended hundreds of clients and we will work to have your charges dismissed or lessened, but we are always ready to go to trial if necessary. If you have been arrested, call (201)-330-4979 today for a free consultation.