Graves Act Waiver in Your Gun Case: What it Takes to Get One 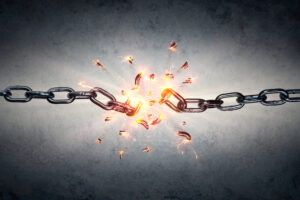 In New Jersey, the Graves Act requires a Judge to sentence anyone caught with a firearm to a term in state prison. The only way around going to state prison or avoiding a parole disqualifier is for a Graves Act Waiver to be filed on your behalf. However, the Waiver can only be obtained by the prosecutor after submitting an application to a judge. A Graves Act Waiver is not always applied for ,nor routinely granted by the Judge. The danger in being caught with a gun and being convicted is that, without a waiver, a state prison term is guaranteed.

The Waiver and its applicability are often misunderstood by lay people and attorneys alike. The weapons defense attorneys at our Bergen County criminal law firm have accumulated a lengthy list of gun case victories on behalf of clients facing mandatory imprisonment for firearms charges. We understand the Graves Act Waiver, why one may be necessary, who may apply, how it pertains to your case, what the state looks for in applying, and other sentencing and defense options that are applicable in New Jersey gun cases. If you have been charged with a gun and are seeking to avoid prison, contact us 24/7 at (201)-330-4979 for a free consultation with an attorney who can assist you.

In New Jersey, crimes and sentences are set forth under the Criminal Code. For some offenses, the Judge has a wide latitude in sentencing offenders and they may receive anything from probation to time in state prison. In other more serious cases, the Judge has limited authority and must sentence the offender in accordance with the law.
For firearms, Judges are directed to sentence the offender to a term in state prison. The only exception to this requirement is if a Graves Act Waiver is obtained and agreed to by the prosecutor. Essentially, the Graves Act Waiver permits a sentencing alternative that may lessen your sentence, allowing for less time in custody, probation, or even Pretrial Intervention (PTI-dismissal). Before exploring the options, it is essential to understand the Grave Act and by extension, the Graves Act Waiver.

What the Graves Act Does

The Graves Act Statute N.J.S.A. 2C:43-6(c) requires a parole disqualifier to be imposed to any prison sentence for the person convicted. The Parole disqualifier is 42 months out of a five-year term (minimum) or one half of the sentence imposed, whichever is greater. For example, if you are sentenced to five years for possession of a firearm, you must serve at least 42 months before you are eligible for parole because serving half (2.5 years) would be less than the required three. There is a 1.5-year parole disqualifier for some fourth-degree weapons offenses. This applies to all defendants convicted of certain offenses, regardless of their lack of a prior criminal history. However, not all crimes involving weapons or firearms require a sentence under the Graves Act. Nonetheless, some of the more commonly charged offenses that are included under the Graves Act are:

What is a Grave Act Waiver?

The legislature seeks to severely punish people who commit weapons offenses in New Jersey. Thankfully, they also realize that there may be circumstances in which a person should not fall under this provision or should be given a break or lesser sentence of some kind. The Graves Act Waiver accomplishes this by allowing for the parole disqualifier to be lessened or avoided completely. If it can be demonstrated that an injustice would occur by sentencing someone to under the Graves Act, a waiver may be permitted.

Under N.J.S.A. 2C:43-6.2 a prosecutor may make a motion to the Assignment Judge in the County in which your case is being heard. The Prosecutor must show that you have not had a prior offense under this section or a weapons offense. Further, the Prosecutor must allege that the interests of justice would not be served by sentencing you to such mandatory minimum prison time. Therefore, the first step is convincing a prosecutor that he or she should, in fact, apply for a waiver.

Experienced attorneys such as ours know that the prosecutor will not take a chance on someone whom they believe to be a danger to the community. After all, the prosecutor’s name is on the line and if the person commits a weapons offense in the future and harms someone, that prosecutor may have to answer for why you were given an “out.” Knowing this, we direct you or anyone charged with the offense on how to be in the best position to request a waiver. Factors that can be helpful would tend to demonstrate that you are not a threat to the public, are a productive person who contributes to society, or are someone who has taken steps to rectify any problems leading up to the offense. Documented proof that you have a job, have no prior offenses, were in some way under undue influence, have led a law-abiding life, are enrolled in school, or are of good character are all factors that can be taken into consideration as well.

How a Graves Act Waiver can Help You if Charged with a Gun Crime in Bergen County, NJ

If a Waiver is applied for and granted, it can make all the difference in the world to you and your loved ones. In some cases, a person may avoid jail or a conviction in its entirety. For instance, a person without any prior convictions may be eligible for Pretrial Intervention (PTI) after pleading to the offense. This does not require jail and can result in dismissal and expungement after you meet all conditions throughout the course of the probationary period. Others may be able to receive straight probation or perhaps a lesser sentence to a three-year term with only a one-year parole disqualifier.

Whatever your situation may be, you need an attorney that understands this safety valve provision of the law and who can guide you in the right direction. Our tactically skilled gun lawyers are ready to take your case and put you on the right track towards a Graves Act Waiver. Contact us today online or by calling (201)-330-4979 for immediate assistance.