If you have been arrested for Burglary, you probably have a lot of questions. 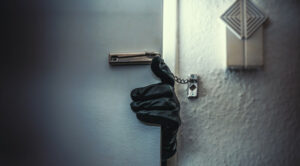 Burglary is one of those crimes that New Jersey prosecutors pursue vigorously. It is a serious crime with potentially tragic results for those convicted. One can unlawfully break into and enter a business or a car, and a multitude of burglaries occur at homes. Sometimes, home invasions can go horribly wrong for everyone involved. It is not difficult to imagine a homeowner who hears someone trying to break into their home and draws a firearm to protect their family. The homeowner does not know whether someone is breaking into their home to harm them or merely steal their belongings. If the homeowner shoots the burglar or the burglar is armed, the results can be horrifying for everyone. Thus, burglary is a considered a particularly menacing crime and is treated as such in the judicial system.

How does New Jersey Define Burglary?

New Jersey law defines burglary as breaking and entering a structure, meaning a home, business, vehicle, or other parts of these structures, like sheds, outhouses, and garages, that do not belong to them with purpose to commit an offense therein. Even a parking lot surrounding a business may be a structure if it is an extension of the business, say, to store business items or park company cars. A structure can also mean a car, RV, or boat. One who breaks into and enters another’s property with intent to commit a crime is guilty of burglary (N.J.S.A. 2C:18-2).

It can be any crime. So, for instance, a victim of domestic violence may be burglarized when their spouse breaks into the home they formerly shared. If the victim decides to obtain a court order restraining their spouse from coming within any close distance or contact with them, clearly the spouse has no permission to enter the residence and so commits burglary if they enter the home with the intent to violate a restraining order.

A special instance of burglary noted in the statute regards utility companies. You could be convicted of burglary if you enter utility company property without permission, as indicated by an obvious no trespassing sign, a fence, wall, or other visible indication that the property is not open to those unauthorized to be there. If someone breaks into a car at night to steal a sound system or change, they also commit burglary. Even sleeping in someone’s car without their permission may be burglary. Lastly, if the burglar never gets into the property because the owner scared them off as they were trying to open a door or window, a prosecutor can still charge them with attempted burglary.

What has to be Proven for a Burglary Charge?

To prove burglary, a prosecutor must show an accused entered another’s structure that is not open to the public and without permission to commit a crime. However, you do not have to break into a place to commit burglary. You could secretly remain on another’s property after the residence or business is closed to the public. So, if you stay in a department store after it closes by hiding out in the bathroom, knowing you are not allowed there, you could be charged with burglary if you stayed to steal store items. Likewise, if you enter someone’s residence with permission but instead of leaving, hide out in their garage until nightfall to commit theft, that is burglary. The prosecutor must prove the same elements for a conviction, regardless of the structure.

What is the Sentence for Burglary?

Burglary is a third degree crime unless you threatened to physically harm someone, or had or showed a deadly weapon while committing the burglary. If convicted of standard 3rd degree burglary, you could serve a 3 to 5 year prison term and pay a $15,000.00 fine. If armed or someone is threatened or injured, then you risk up to 10  years in prison and a $150,000.00 fine for a second degree crime.

For instance, if you break into another’s business thinking the business is closed, but run into the owner as you enter the building. If the owner sees a gun under your open jacket, your burglary charge just became a second degree burglary, even if you did not intentionally display the firearm. Of note, if the accused is a juvenile, they risk two years in a juvenile detention center.

How do You Beat a Burglary Case?

A skilled criminal defense attorney knows the problems a prosecutor may have in proving a case against a defendant. For example, the prosecutor must prove that the defendant had no permission to be in a business, home, or car. If the car in question was on the public street, with open windows and unlocked doors, a jury might doubt whether the defendant slept in the vehicle without permission. Another element to prove burglary is the accused’s intention to commit a crime while inside the structure. A savvy defense attorney may also challenge the prosecutor’s version of the defendant’s intention, which is usually proven by circumstantial evidence. There may be little to no evidence to establish that the defendant came into someone’s place to steal.

A criminal lawyer with experience can also ensure that your rights were not infringed during the police’s evidence-gathering or arrest. When applicable, your burglary charges can be dismissed by filing motions to suppress with the court to get illegal evidence thrown out. And if your case goes that far, you’ll need an attorney to protect you at trial to make sure that witnesses are credible or not unduly influenced by deals they cut with the prosecutor, among other procedural and substantive challenges that may arise.

Aside from challenging the prosecutor’s case element by element, a criminal defense attorney can help a client seek entry into a diversionary program to avoid incarceration. A program like the Pre-Trial Intervention program allows eligible applicants to complete supervised probation for several months or years to avoid a conviction. A defendant charged with third degree burglary may be eligible if it is their first offense, but since a prosecutor may also charge the defendant with other crimes that accompany burglary, like robbery, theft, or criminal mischief (vandalism), each person’s record and specific charges must be examined on a case-by-case basis.

More still, a defense attorney can work on your behalf by arguing for downgraded charges, especially if a typical third degree burglary is raised to second degree burglary. If you can get the charges reduced, a prosecutor may be more inclined to agree to a lesser penalty like probation or PTI.

Start the Process of Your Defense

Our Bergen County criminal defense lawyers can fight for your through the entire criminal process. If the state has charged you or your loved one with burglary, speak to one of our criminal defense attorneys now for counsel and advocacy. You can be confident that we will protect your rights. The consultation is always provided free of charge. Just call our office in Hackensack if you need a free consultation about a burglary case anywhere in the Bergen County area: (201)-330-4979.