Charged with DUI on Drugs in Hackensack, NJ 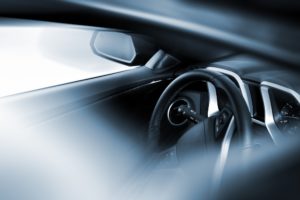 Driving under the influence of drugs, just like drunk driving, is illegal in New Jersey. It falls under the general category of charges for “Driving Under the Influence,” commonly known as DUI or DWI (Driving While Intoxicated). However, you are certainly permitted to drive while under the influence of some drugs, such as prescription medications that do not affect your ability to drive. How does the state know whether you are using an illicit drug or one that you are permitted to take? Is there a test that they use like a breathalyzer? Are there specific drugs that you can never take and drive? Sometimes New Jersey’s law in this area create more questions than answers. Let’s jump into NJ DUI laws to make sure you get answers. If you have questions regarding specific driving under the influence charges against you or someone you love, call our Bergen County DUI attorneys at (201)-330-4979 for a free consultation.

Arrested for Driving under the Influence of Drugs in Fort Lee, New Jersey

In New Jersey, you cannot drive while under the influence of narcotics, habit-forming, and hallucinogenic drugs. However, this definition is expansive and includes a wide variety of both illegal and legal drugs. DUI covers drugs on a broad spectrum, from heroin to school glue. Proving intoxication due to drugs is not nearly as easy as showing that someone is intoxicated because of alcohol, however.

In most situations, an officer will note that a driver’s actions seem “off,” when they initially pull someone over. But they cannot test for drugs in the field. In some cases, they will request that the driver go to a hospital to get tested. Typically, this will involve urine or blood testing. However, testing is not required to assert charges, and there is no minimum level of a substance that must be in your system for you to be considered “intoxicated” because of a drug. The state must instead show that you were unable to drive with the same care and caution as a sober person because of your exposure to a particular substance.

A driver may simply have some signs or symptoms of being under the influence to warrant drug DUI charges. Signs might include smelling a substance like marijuana in the vehicle, having bloodshot eyes, having inflamed mucous membranes, or having needle marks. Even if you are exhibiting some of these symptoms because you are tired or stressed, the officer could still conclude that you are under the influence of some type of substance. Field sobriety tests are often administered in these types of cases as well. For example, the officer may ask you to perform the “one leg stand’ or “walk and turn” tests to identify potential signs that you are driving impaired. The good news is, because evaluations for driving under the influence of drugs are so subjective, it is often easier for an experienced DUI defense lawyer to challenge than a blood alcohol testing when fighting your charges in court.

Got DUI Drug Charges in Paramus, What Penalties am I Facing?

The consequences of driving while under the influence of drugs are mostly the same as if you were drunk and operating a motor vehicle on a New Jersey roadway. For example, for your first offense, you can be sentenced to jail for up to 30 days. You can also be fined up to $300, have your license suspended, and be required to attend drug and alcohol education programming. If your case also involved drugs, you will face additional penalties for the drug charges. The consequences of having drugs in your car when arrested for driving on drugs will range depending on the type of substance involved and how much of it you had at the time.

If you have been charged with driving under the influence of drugs, you likely have ways to avoid a conviction. These cases are harder to prove, and many of the testing methods have been deemed unreliable according to New Jersey law. What you need now is an experienced DUI defense attorney who knows what to look for and how to exploit these weaknesses to your advantage. Let the Bergen County DUI Lawyers at The Tormey Law Firm help you fight these charges. Call our local Hackensack office today at (201)-330-4979 for more information and a free consultation about your case. We serve the entire Bergen County region, including Palisades Interstate Park, Lodi, Mahwah, Teaneck, Garfield, Elmwood Park, Alpine, Lynhurst, Saddlebrook, and surrounding communities.