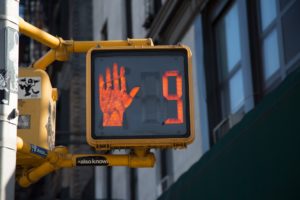 State-wide laws aren’t the only sources of rules and regulations in the State of New Jersey. Instead, local towns, counties, and other local governments have their own laws as well. Today, New Jersey is home to over 500 municipalities. Every one of these can enact their own local ordinances. Having local laws allows these governmental entities the ability to create rules that help them fit the needs of their local area. In Bergen County, there are hundreds of municipalities where you may be issued a municipal ordinance or criminal charge and have to go to Municipal Court to deal with it. If you’re facing municipal charges, the experienced Bergen County criminal defense lawyers at The Tormey Law Firm can help. We assist clients with ordinances, criminal and DWI charges in Hackensack, Fort Lee, East Rutherford, Paramus, Lodi, Teaneck, Garfield, and surrounding communities. For additional information regarding ordinances and charges, contact us anytime at (201)-330-4979. An attorney is available immediately to provide you with a free consultation.

The Basics of Municipal Ordinances in New Jersey

Municipal ordinances developed because New Jersey saw rapid population growth in the 1960s. Residents also shifted and became increasingly urbanized. Local governments realized that they needed to individually regulate their citizens as the state was becoming overburdened and underfunded. In the early 1970s, the State of New Jersey allowed counties to organize their own governments, but none of the counties’ powers could overtake that of the State or its elected officials. Based on this development, it was clear that although municipalities could create their own laws and regulations, they could not trump or conflict with state-wide laws or regulations.

In New Jersey, the State and counties often delegate powers and tasks to local municipalities that must be carried out. To accomplish these tasks, most towns create their own, particular laws that apply only within a municipality. In fact, the State provides cities expansive powers to create these laws as needed for the health and safety of their residents. These local laws are often referred to as “ordinances.”

When a municipal ordinance is violated, the local government will prosecute the charge, instead of the state. Municipal Courts in New Jersey have jurisdiction over local ordinances. Most ordinance violations will only impose a fine, but a few can include jail time as well. Fines often range between $500 and $1,000, but they can reach up to $2,000 too. You may also be required to complete community service as well.

In some situations, a criminal charge can be downgraded to a municipal ordinance violation, which allows the person to avoid having a criminal conviction on their record. Often, applications for employment and other opportunities ask the question: “Have you ever been convicted of a crime?” By downgrading a criminal offense to an ordinance, you can answer this question with “no.” Our criminal defense lawyers often have charges for underage drinking, disorderly conduct, possession of a fake ID, and other low level criminal offenses downgraded to help our clients keep their criminal records clean.

Regardless of the specific municipal charges you’re facing, you may be able to decrease or avoid the penalties with the help of an experienced criminal defense attorney. To speak with a Hackensack criminal defense lawyer about your case, call (201)-330-4979 today.