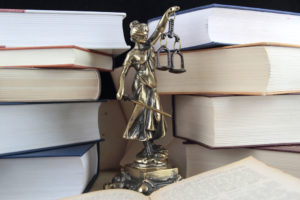 Have you been served with a restraining order in Teaneck NJ? When relationships are strained, individuals and families suffer, especially if there are children. Many factors may contribute to breakups, separations, and divorces, from financial pressures to drug addiction. And when outside pressures, such as unemployment add insurmountable hardship, the perfect storm may brew for tempers to flare and get out control, even leading to violence. Maybe you felt trapped and lost your temper, leading to violence against your spouse. Or maybe an angry and vengeful ex accused you of assault, harassment, or another domestic violence offense to get back at you. Sometimes these allegations are founded, and sometimes not. You should know that New Jersey has strict laws against causing someone you are in an intimate relationship with to suffer physical, mental, emotional, social, or financial abuse. When these accusations lead to a restraining order or criminal charge against you, it is crucial to speak with a seasoned domestic violence lawyer about what you should do and how you can successfully clear your name in court.

Need a lawyer for a final restraining order hearing in Bergen County after being given a Teaneck NJ Temporary Restraining Order?

We are thoroughly prepared to assist you. The Bergen County NJ domestic violence defense lawyers at the Tormey Law Firm recently represented a client who was facing a temporary restraining order (FRO) at the Bergen County Superior Court in Hackensack, NJ. Our client’s ex-girlfriend filed the TRO against him when there was an argument relating to her son and where he wanted to go to college. The parties dated for many years so our client had raised her son as his own and they were still very close even after the parties romantic relationship ended a few years ago. As a result, our client drove her son to a college visit and continued to be involved in the boy’s life. When our client commented on the cleanliness of their apartment and questioned the parenting skills of the plaintiff, she went ballistic and filed a TRO against him alleging acts of domestic violence. One of our defense attorneys, appeared for the final restraining order hearing and the trial began.

We subpoenaed the police officers to court to testify and the judge found major credibility issues with the plaintiff’s testimony. As a result, the judge found no acts of domestic violence and no grounds for a permanent restraining order in New Jersey. This was a great result for our client and the Tormey Law Firm LLC. If you or a loved one needs assistance with a domestic violence restraining order in Teaneck or elsewhere in Bergen County, contact the Tormey Law Firm today at (201)-330-4979.

Assault, Harassment, and Other Alleged Acts of Domestic Violence in Teaneck NJ

The Prevention of Domestic Violence Act protects those who are victims of 19 specific crimes, such as assault, criminal restraint, criminal sexual contact, harassment, stalking, and other crimes. Victims of these listed crimes are protected from further harm by accessing the courts to punish and restrain their abusers. As such, a domestic violence victim may file a criminal complaint and an application for a restraining order against their abuser. A restraining order prohibits the abuser from contacting the victim or anyone in the victim’s household, such as children, parents, or roommates. It also protects the victim from further risk of violence by ordering the abuser to surrender any firearms to law enforcement. Other orders may include awards of support and custody of children, property assignment, and reparations for damages to the victim.

A final hearing occurs in Bergen County Superior Court, Family Division when the TRO is issued in Teaneck. At the final restraining order hearing, both parties may appear before the judge and tell their stories, providing documentary evidence, such as medical records and police reports, as well as witness testimony. Since this hearing occurs in civil court, the burden of proof is not guilt beyond a reasonable doubt, as it is in criminal cases, but a preponderance of the evidence, which means the plaintiff victim must prove that it is more likely than not (51%) that their facts about how the domestic violence came about is true.

After reviewing the evidence and testimony brought to court by both parties, the judge will order a final restraining order if the plaintiff’s side of the story is more likely than the defendant’s, showing that the parties have a history of domestic violence, meaning threats, violence, harassment or physical abuse; that the defendant committed the act or acts constituting one or more of the crimes listed in the Prevention of Domestic Violence Act; and the plaintiff or their property is in immediate danger. The judge will also consider the safety and best interests of the plaintiff and their children, as well as the financial situation of the parties, in making the temporary orders permanent.

If you or a loved one is involved in domestic violence matter in Teaneck, our attorneys have experience representing clients in Bergen County Superior Court for restraining order hearings. We also provide dedicated defense for criminal charges related to domestic abuse in Bergen County Criminal Division and Teaneck Municipal Court. For a free consultation and to speak with a lawyer regarding your case, call (201)-330-4979. We are available 24/7 to answer your questions and address your concerns.