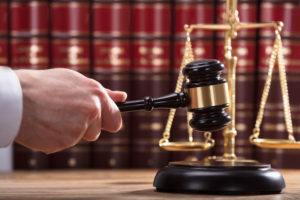 Need a lawyer for a shoplifting charge? Contact us now. The Tormey Law Firm has successfully represented hundreds of clients over the years who were charged with shoplifting in Paramus, New Jersey. Here is an example of a real case we handled for a client where the felony shoplifting charges were completely dismissed.

Travis Tormey and the Tormey Law Firm recently helped a client fight criminal charges for shoplifting in violation of N.J.S.A. 2C:20-11(b). The charges were filed in connection with an alleged theft incident at a store in Paramus, New Jersey. The retail value of the items that were allegedly stolen was in excess of $500, so the shoplifting charge was classified as a felony (indictable matter) and sent to Bergen County Superior Court in Hackensack, NJ. Since the charge was considered a felony-level offense, the client could have been in store for severe penalties, including a lengthy prison sentence and a felony conviction on his permanent record if convicted of the theft offense. Beyond that, a conviction could have resulted in the client losing his teaching license in New Jersey.

As soon as the client hired the Tormey Law Firm, our skilled criminal defense lawyers immediately began strategizing ways to help him beat the charges and avoid the most severe penalties. Our first order of business was to get the case remanded back to the Paramus Municipal Court as a disorderly persons offense (misdemeanor). When we accomplished this, it meant that our client no longer faced a felony.

After the case was remanded to Paramus Municipal Court, our experienced attorneys filed a motion to get the charges dismissed. The municipal court judge denied our motion to dismiss, but he still marked the next court date as “try or dismiss.” When the store representatives failed to appear for that court date, the judge dismissed the case for lack of prosecution based on a defense motion.

The State has the burden to prove these charges beyond a reasonable doubt in a criminal case. They also must provide all of the evidence they intend to rely upon in court to prove the charges such as police reports, witness statements, videos, etc. If they fail to provide this evidence, the case can sometimes be dismissed in court.

In addition, the store representative to witnesses the alleged incident must appear in court to testify. The defense must have an opportunity to question them about what they allegedly saw and any potential inconsistencies. Sometimes the store employee doesn’t appear or they send someone else in their place. In either case, that doesn’t work and the Judge will entertain a motion to dismiss for lack of evidence. This was a fantastic result for our client and a major success for the Tormey Law Firm.  Not only was the client able to avoid jail, he also got to keep his NJ teaching license.

What does it mean for my Shoplifting charge to be downgraded?

Have you been arrested and charged with a crime of the second, third, or fourth degree for shoplifting in Paramus? The Tormey Law Firm is here for you. Let us review the evidence in your case and determine the best course of action for beating your charges. We are committed to doing everything in our power to get the charges dismissed.  Call us today at (201)-330-4979 for a free consultation.