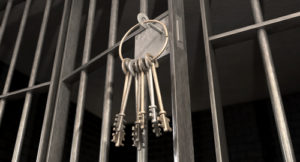 Recently, Travis J. Tormey represented a client who was charged with theft, in violation of N.J.S.A. 2C:20-3, in Parsippany, New Jersey. The amount of the alleged theft was $1,200.00, which is a third degree criminal offense punishable by three (3) to five (5) years in New Jersey State Prison. This is an indictable (felony level) offense, which must be handled at the Superior Court. As such, the matter was transferred from the Parsippany Municipal Court to the Morris County Superior Court in Morristown, New Jersey, to be handled by the Morris County Prosecutor’s Office.

The circumstances of the alleged theft were as follows: The defendant was a lymphatic care specialist who operated a business with her husband, providing treatment to patients in their homes. The victim alleged that the defendant was stealing cash from her purse while in her home providing treatments. In fact, the victim set up a hidden camera in her kitchen and videotaped the defendant going into her purse and taking money from it, allegedly without the victim’s consent.

When Mr. Tormey received the discovery package, which includes the police reports, videotapes, and all of the evidence the State intends to rely upon to prove the charges against the defendant, the case did not seem so open and shut. The defendant had an explanation for the videotape evidence, and there was a billing dispute between the alleged victim and the defendant’s company about outstanding bills. As such, the defendant believed that the victim “set her up” with the videotape and did so in order to avoid paying thousands of dollars in outstanding bills for the treatment. In fact, the defendant stated that the victim told her to go into her purse to get cash for a Prada bag that the victim asked the defendant to purchase for her. There were emails going back and forth between the parties discussing the purchase of the bag. Moreover, there were also emails and letters from the alleged victim concerning the outstanding bills with the company, insurance coverage, and her concern about being personally responsible for the outstanding medical bills.

Then, as the case was still pending in the Morris County Superior Court, the alleged victim sent the defendant and her husband a fax asking for $10,000.00 and forgiveness of any outstanding bills. In return, said the alleged victim, she would agree to drop the charges against the defendant. This extortion tactic clearly displayed the alleged victim’s motives and destroyed her credibility in court. As a result, the Morris County Prosecutor’s Office investigated this fax and decided to remand the case back to the Parsippany Municipal Court to be resolved. This was important for the defendant because, when the case was remanded, it became a disorderly persons offense for theft (misdemeanor level), punishable by a maximum of six (6) months in the county jail as opposed to five (5) years in state prison for a third degree felony charge.

When the case was scheduled in Parsippany Municipal Court for trial, the alleged victim failed to appear and the charges were dismissed for lack of prosecution. The defendant was vindicated and was extremely happy with the result in this case. This was a major victory for the Tormey Law Firm.

To speak with one of our criminal defense attorneys about your case free of charge, contact our Hackensack offices anytime at (201)-330-4979.