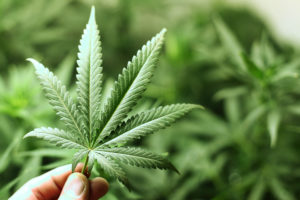 Our lawyers recently represented a client in the New Milford Municipal Court who was charged with the disorderly persons offense of possession of marijuana (under 50 grams). This was our client’s first involvement ever with the criminal justice system. In fact, he recently graduated from High School and is soon to attend an Ivy League university for college. As such, it was imperative that we preserve his record and his future.

The client was arrested after a motor vehicle stop in which he and his friends (three other individuals) were all charged with possession of marijuana. One of the occupants of the vehicle took responsibility for the drugs in court, and was admitted into the conditional discharge program. Based on this, Mr. Tormey was able to convince the prosecutor that the marijuana was not our client’s and the charges against him were subsequently dismissed.

The client has no criminal record from this incident. However, there was an arrest record because of the fingerprints done. Now, he can file an expungement to have the arrest removed from his record as well.

For a free consultation with one of our talented defense attorneys, contact our Hackensack offices anytime at (201)-330-4979.