Arrested for Shoplifting in Bridgewater and Need an Attorney 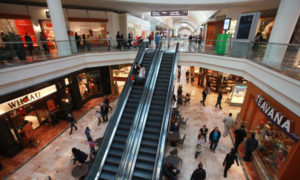 Need a lawyer for a shoplifting case in Bridgewater? We can help. Here is a case we recently handled there with a great result.

Mr. Tormey represented a client recently in the Bridgewater Municipal Court who was charged with shoplifting under N.J.S.A. 2C:20-11, a disorderly persons offense. The client was facing the following if convicted: A $1,000 fine, up to six (6) months in the county jail, and a permanent criminal charge on his record. Furthermore, our client was in the country on a visa and was not a citizen. In fact, he was in the process of filing for his citizenship after being in the country for twenty years. He had no prior criminal record. If he was convicted of shoplifting in New Jersey, which is considered a “crime of moral turpitude,” he would most likely be denied his citizenship and could even be deported from the country.

The client was charged with shoplifting goods from Macy’s department store in the Bridgewater Commons Mall. Mr. Tormey received and reviewed the discovery package (police reports, etc.) and prepared for trial. At the first court listing, the Macy’s store representative failed to appear. Without this witness’s testimony, the State would be unable to prove their case. As a result, the judge marked the next listing “try or dismiss,” meaning that if the State’s witness failed to appear in court again, the case would be dismissed. This is exactly what happened. Upon our request, the charges were then dismissed altogether against our client. We are in the process of expunging his arrest record and the client is hopeful to obtain his citizenship in the United States in the very near future.

To speak with one of our talented defense attorneys about your Bridgewater shoplifting case free of charge, contact our offices anytime at (201)-330-4979. When you are searching for the top defense against your theft case, you can look no further than The Tormey Law Firm.