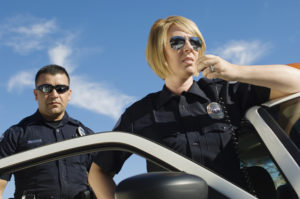 Recently, I represented a client who was charged with second degree eluding in Parsippany, New Jersey. This second degree indictable (felony) level charge must be handled at the Morris County Superior Court in Morristown, New Jersey. My client was facing five (5) to ten (10) years in New Jersey State Prison, with a presumption of incarceration. This means that, even with no prior criminal record, it is presumed that you will receive a state prison sentence if you are convicted of a second degree offense. Moreover, my client was facing a permanent indictable (felony) charge on his record. Finally, because he is a permanent resident (green card holder), my client would be deported if he was convicted of any indictable (felony) level offense.

My client was a young man and college student with no prior criminal record. He was riding a motorcycle around his neighborhood in Parsippany, New Jersey, when he was stopped by police. He had never ridden a motorcycle before and was borrowing his cousin’s bike to cruise around the neighborhood. When I received and reviewed the videotape evidence from the officer’s police vehicle, it was apparent to me that this should not have been a second degree eluding charge.

An eluding criminal charge in New Jersey is governed by N.J.S.A 2C:29-2(b), which provides, in pertinent part:

In this case, the complaint alleged that my client saw the police officer attempt to pull him over and then fled at an extremely high rate of speed in an attempt to elude the officer. When I reviewed the video evidence, it was clear to me that the officer failed to turn his sirens on until my client had already sped off on the motorcycle. Moreover, according to my client, he did not see or hear any sirens until he saw lights out of the corner of his eye, at which point he attempted to pull the motorcycle over and flipped the bike. This version of events was corroborated by the video evidence and clearly showed that my client was a novice with the motorcycle and didn’t know what he was doing.

I was able to convince the assistant prosecutor in Morris County that the second degree eluding charge could not be proven beyond a reasonable doubt. As such, the charge was amended to a third degree eluding offense. Then, based on my client’s lack of prior criminal history, his ties to the community, and his status as a green card holder, I was able to convince the State that he should be admitted into the Pre-Trial Intervention (PTI) program. This program is for first-time offenders who have no criminal record and whose charges are non-violent. My client received two (2) years probationary treatment and 200 hours of community service. As long as he completes the two (2) years probation successfully while avoiding any other arrests and completing his community service, the charges will be dismissed at the end of his probation. He will have no criminal record, and this will allow him to remain in the country and avoid deportation. This was a tremendous success for the client and for the Tormey Law Firm.

To speak with one of our talented defense attorneys free of charge, contact our Hackensack offices anytime at (201)-330-4979.