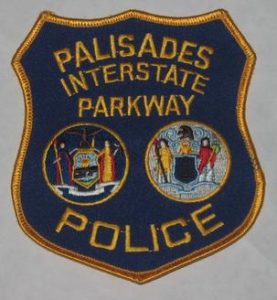 The borough of Palisades Park is small in terms of its geographic area of less than 2 square miles but very large in terms of its population which has grown to nearly 20,000. It is not to be confused with the Palisades Interstate Park, a 12 mile long and half a mile wide National Historic and National Natural Landmark with 2,500 acres of green space located on the Hudson River. The Palisades Interstate Parkway is among the major roadways in the area, which also has U.S. Routes 1/9, 46, 5, 63, 93, and County Route 501 running through it. With over 28 miles of roadways, Palisades Park is patrolled by officers from several police departments on a regular basis. Palisades Interstate Parkway is also aggressively patrolled by its own police, who issue thousands of charges and tickets every year. As a result, motor vehicle stops and resulting charges for driving under the influence and other traffic and criminal offenses are highly common in the Palisades Interstate Park area. To give you some idea of the sheer number, there were a total of 16,875 cases processed in Palisades Interstate Court between July and February of this year. If you have been arrested for DWI charges on Palisades Interstate Parkway, you should seek knowledgeable legal counsel from an attorney as soon as you can. The Tormey Law Firm houses a team of highly experienced DWI defense lawyers who have successfully handled thousands of criminal and DWI cases, including first offense DWI, driving under the influence of drugs (DUI), and refusal to submit to a breath test in Palisades Interstate Park Court and throughout New Jersey for years. Our founder Travis J. Tormey has earned inclusion among the only DWI attorneys in New Jersey certified on the Alcotest 7110 breath testing device, used to ascertain a driver’s blood alcohol concentration when suspected of driving while intoxicated. He knows the machine and with the help of his team, which includes a former DWI prosecutor and former New Jersey State Trooper who taught at the Police Academy, they know just how to attack to State’s case to get you the best possible result. When facing the consequences of a DUI on Palisades Parkway, get the help you need now by calling (201)-330-4979 for a free consultation with an experienced Palisades Interstate Park DWI lawyer.

Just like everywhere else in New Jersey, Palisades Interstate takes driving under the influence charges very seriously. Depending on your specific case, you may face driver’s license suspension for a short period to install interlock on your vehicle and 8 years maximum, in addition to thousands of dollars in fines, mandatory attendance at the Intoxicated Driver Resource Center, community service, and a possible jail term. There are no negotiated pleas in DWI cases in New Jersey, so the consequences you face are unchanging unless you get a dismissal. To find out how the Palisades Interstate Park DWI defense attorneys at The Tormey Law Firm can use our battle-tested defense strategies to fight your charges, contact our office today at (201)-330-4979. Consultations are always provided at no cost to you.