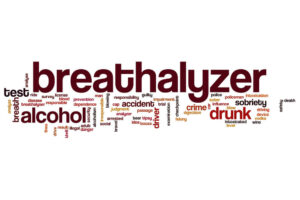 A driver’s license is a privilege to those who earn it. You not only must take a test to show your competency in the rules of the road and the handling of a motor vehicle, but you also must show responsibility when driving. In exchange for a driver’s license, you implicitly promise not to cause accidents or otherwise violate the public trust with what could be a dangerous weapon, a motor vehicle. Not only do you promise to obey the motor vehicle laws, but you also agree to submit to a breathalyzer reading of your blood alcohol concentration level (BAC) to assist law enforcement of New Jersey drunk driving laws. If the police suspect you are drunk driving, you must take a breath test upon request. A refusal to submit to a breath test conviction in NJ results in expensive, time-consuming penalties.

What is Considered Refusing for DWI in NJ?

If an officer asks you to take a breath test, you must affirmatively and unequivocally respond with consent, a solid “yes.” Anything short of an unequivocal agreement to taking the test, according to State v. Pandoli 109 NJ 1 (1970) can be a refusal. In the Pandoli case, the defendant said he would take the test if he had to but wanted to speak to an attorney first. The court ruled that was equivalent to a refusal, as he did not take the test. Furthermore, your silence or incoherent reply typically constitutes a refusal if you say nothing or mumble inaudibly. According to New Jersey case law, your silence is not constitutionally protected. In fact, you may not obstruct law enforcement attempts to obtain a breath sample from you by any means, silence, resistance, interference, or deceit. Thus, if you agree to a breathalyzer test but then try to skew the results, you may be guilty of refusing to submit to a breathalyzer. Attempts to affect the breath sample include pretending to blow or blowing too softly for the breathalyzer machine to register accurate results or any results.

Other actions tantamount to refusal include stalling. Time is critical in breath testing. Alcohol absorbs into the bloodstream and can cause blood alcohol content to rise or lower, depending on how much time passes between the police stop and testing. As such, at the initial vehicle stop, a driver’s BAC may be under the legal limit but rise by the time they take the test. Likewise, the BAC level may be lower after a few hours if the test occurs too long after the police stop. Either way, the breath test results may be unreliable and challenged in court by a toxicologist’s report or testimony. Thus, the accused drunk driver who delays the test to alter the results essentially refuses to take the test. New Jersey case law supports interpreting stalling or delaying as a refusal (State v. Widmaier, 157 NJ 475 (1999)).

Of course, an apparent refusal, such as when a detained person states they will not take the test, leaves no question of violating the law. Questionable or conditional consent may be a refusal. So, if an individual asked to take the breathalyzer test states that they will after their spouse, friend, or attorney shows up, the police can interpret a conditional response as a refusal. There is no constitutional right to an attorney or Miranda rights warning during the administration of a breathalyzer test. And since officers must warn a person before the start of the breathalyzer test what the penalties are for refusing to take the test, the detained individual knows what they face for refusing the test. Refusal is separate from a DUI/DWI, with the chance that you could be charged with both offenses and faced both sets of penalties.

How does New Jersey punish refusing a breathalyzer?

Penalties for refusing a breathalyzer include $300.00 to $500.00 in the drunk driving enforcement administration fees, plus 2 hours at an Intoxicated Driver Resource Center (DRC). Further penalties include an ignition interlock device installment to the driver’s primary vehicle for up to 15 months and an insurance surcharge of $1,000.00 annually for three years. The penalties are worse for subsequent refusals, including higher fines, longer driving with an ignition interlock device, longer license suspensions, community service, and jail time. For a second offense, those convicted may spend up to three months in jail, but for a third offense, six months in jail is mandatory.

If you have been arrested and charged with refusing a breathalyzer, a skilled DWI refusal lawyer at our Bergen County defense firm can help to determine the best approach to challenge the charges against you. Contact (201)-330-4979 if you would like a free consultation.