Rights of Victims of Domestic Violence in NJ

What are the Basic Rights that a Domestic Violence Victim has under New Jersey Law? 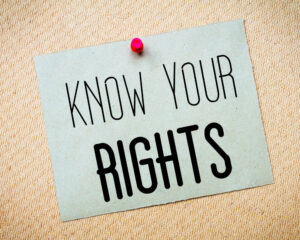 Who is Considered a Victim of Domestic Violence in NJ?

Domestic violence is generally understood to be violent, aggressive, or threatening acts taken by one person against another. Sometimes, the abusive acts can be physical; other times, the abuse is psychological or mental. But who exactly is considered a “victim” of domestic violence under NJ law? And, most importantly, who is eligible to use the law’s protections to prevent abuse in the future? As set forth by the New Jersey Prevention of Domestic Violence Act, eligibility for protection under the law is typically determined by the relationship between the abuser and the victim. The Act, which begins in section N.J.S.A. 2C:25-17 of the New Jersey statutes, specifies that the protected relationships include spouses (former or current), dating partners (former or current), co-parents (biological or adoptive), and household members (former or current).

In order to avail yourself of the protections afforded by the NJ Prevention of Domestic Violence Act, you will first need to establish that you and the accused are currently in a protected relationship or were previously in a protected relationship. You will then need to show that you were the victim of one of the criminal acts listed in the statute and defined as acts of domestic violence. There are a total of 19 different acts listed and defined in the statute, including assault, harassment, criminal restraint, and terroristic threats, among others.

What Can a Victim of Domestic Violence Do?

Victims of domestic violence have rights provided by New Jersey law. These include contacting law enforcement and filing two distinct types of complaints against the defendant, one criminal, one civil, each affording its own benefits to the victim.

If you are involved in a domestic violence incident, the first step is calling the police and filing a report of domestic violence. Law enforcement is tasked with ensuring the safety of everyone, and they tend to place a special emphasis on protecting victims of domestic violence. In fact, official guidelines call for police to err on the side of protecting a victim of domestic violence. As a result, if there is any doubt about whether a victim is eligible for protection, or whether the accused actually committed the act, police may decide to make an arrest and move forward with the complaint. Along those same lines, if there are any visible signs of injury to the victim, or if the victim tells police that they were punched, kicked, or otherwise physically attacked, then law enforcement will place the suspect under arrest. The same is true if authorities determine that the suspect used a weapon or violated a restraining order that was already in place.

After an individual has been arrested on suspicion of domestic violence, there is obvious concern that they could return to the scene later and harm the victim. That’s why the domestic violence statute also includes a requirement that authorities provide the victim with certain information contained in the Victim Notification Form when the suspect is released from police custody on bail or for any other reason. The form is initially filled out at the time of arrest for an indictable offense, in the first stages of investigating domestic violence involving a victim, or amidst officers responding to a report of a domestic dispute. It also includes important information such as the telephone number for the prosecutor’s office.

Filing Criminal and Civil Complaints Against the Defendant

What Happens if a Victim Asserts their Rights and a Defendant Fails to Comply with the Restrictions Placed on them?

Failure to abide by the terms of a Restraining Order can result in the defendant facing additional criminal contempt charges. Since Violation of a Restraining Order is a serious criminal offense in New Jersey, a conviction or guilty plea could result in the defendant being sentenced to either six months in jail for a disorderly persons offense, or up to eighteen months in prison for a fourth degree indictable crime.