Top Things to Know about Parole in New Jersey

Who Gets Parole, After How Long, and What is Required when Released from NJ Prison? 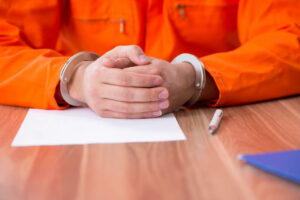 Many adults convicted and sentenced for crimes in New Jersey go to jail or prison for a set term based on the specific law defining the crime and the corresponding sentence after conviction. Some sentences come with mandatory minimum periods of imprisonment, such as violent gun crimes, while others do not. Mandatory minimum sentences determine how much of the sentence a prisoner must serve before becoming eligible for parole, which is an early release from prison. Mandatory minimum sentences ensure a prisoner serves anywhere from one-third (1/3) to 85% of their sentence, depending on the law of their case, before getting paroled. However, most people in New Jersey State Prisons without mandatory minimums become parole eligible after serving one-third (1/3) of the sentence.

Are there Ways to Get Parole in NJ Sooner?

Notably, eligibility could be sooner with credit deductions for jail time, good behavior, work, minimum custody, and parole contract. Thus, an individual’s time in jail before sentencing counts as a credit. Jail credits are the only credits for mandatory minimum sentences. The second type of credit, the good behavior or commutation credits, are deductions based on an official schedule that credits so many days off the parole eligibility term for good behavior days, meaning days without disciplinary infractions. Also, work credits mean shaving off days of the one-third parole eligibility term in a ratio of one day credit for every five days of work. An inmate also gets credits for being in a minimum custody facility and for signing a parole contract. However, all prisoners must serve at least nine (9) months before parole eligibility, regardless of credits.

What is an Inmate’s Parole Review Report?

Once a prisoner approaches the one-third mark, their name comes up on the parole board’s weekly notices of inmate parole eligibility. The New Jersey State Parole Board’s Division of Release, which maintains offices at each prison, evaluates prisoners for parole. Division parole counselors keep the process timely by calculating parole eligibility dates and ensuring the prisoner understands what they need to do and prepare for the hearing, such as gathering all the documents the Division of Release needs to review to come up with a report. An inmate’s history, including criminal and prisoner history of their job performance or education, as well as a risk and needs assessment, forms the basis of the report. The report also includes professional judgments of the inmate’s social, physical, and psychological progress while incarcerated.

The Division of Release passes the report to the Parole Board Members, who review the information, along with victim statements, for the panel hearing. Two board members form the Board Panel that either decides in favor of, or against a candidate’s parole. For post-August 19, 1997 crimes, the Parole Act requires the Board to grant parole unless the inmate has been uncooperative and is therefore unlikely to adhere to parole conditions if released. Pre-August 19, 1997 cases, the measure is the likelihood of recidivism if released. Otherwise, the Panel should grant parole. The Board Panel weighs the evidence of the victim’s statement, if any, the inmate’s testimony, and the information in the Division of Release report. If they grant parole, the Panel typically mandates both general and special parole conditions, depending on the inmate. For example, they may require the inmate to submit to random drug testing, rehabilitation services, or counseling. If the Board Panel denies parole, they set a future date to determine eligibility, and the process repeats.

Are Parole Determinations Different for Sex Offenders in NJ?

The determination for an eligible parolee is different for sex offenders who committed a sex offense after December 1, 1998. First, the Board panel looks at the sentencing judge’s characterization of the offender. That portrait includes whether the offender engaged in a pattern of repeated offenses, is compulsive, or is willing and able to undergo treatment for sex offenders. If all three factors exist, a special review board must determine eligibility after the expiration of a mandatory minimum sentence term. On the other hand, when the sentencing judge did not find all three factors, the Board can consider the inmate for parole upon eligibility, which may be the mandatory minimum sentence with jail credits, the only applicable credits.

What Happens if You are Granted Parole in New Jersey?

If the inmate gets parole, they meet with a State Parole Board counselor or parole officer whose role is make sure the individual understands parole terms and the discharge plan. The plan includes steps for successfully re-entering society and considers the parolee’s financial, educational, vocational, and mental health needs. The inmate signs and follows the plan to reach specified goals after releasing them to parole supervision. Some parolees’ plans include entry into the Stages to Enhance Parolee Success Program for closer supervision if the inmate needs, or as an alternative to re-incarceration after a violation of parole terms. After the inmate signs the plan, the Division of Release then notifies the County Prosecutor of the inmate’s release date.

Can NJ Parole be Rescinded?

The State Parole Board can rescind their parole grant if they discover something they missed or a new incident that harms the inmate’s case for release. After the granting of parole but before discharge from the facility, the Board can reverse its decision at a rescission hearing. Just as it sounds, this proceeding’s purpose is to decide if they should rescind the parole decision. If they choose not to revoke parole, the parolee leaves prison to complete parole. Once completed, the parolee has no other obligations to meet.

Parolees who commit crimes or violate the terms of their parole are subject to parole revocation and arrest. After arrest, two hearings take place at the processing facility at the state Department of Corrections to determine the gravity of the violation and potential parole revocation. The initial hearing determines the severity of the violation, followed by subsequent hearing regarding revocation. The inmate who is facing having their parole revoked is entitled representation at each of these significant proceedings.

Talk to a Bergen County Parole Lawyer in a Free Consultation

If your criminal charges or conviction include a jail or prison term, talk to a criminal defense attorney about parole eligibility and the process. Our Bergen County parole lawyers can answer your questions and give you an in-depth analysis of your parole chances based on your charges, conviction, criminal history, and other important factors that influence what happens in your particular case. Our team is here to provide you with further information regarding parole violations and hearings before parole boards for parole revocation or reinstatement. Consider contacting us at (201)-330-4979 if you would like a free consultation with an attorney who can help.