What Degree is a Domestic Violence Charge in New Jersey?

How Bad is it to be Charged with a NJ Domestic Violence Offense? 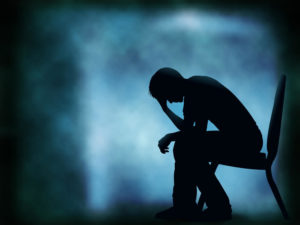 Domestic violence is classified as a pattern of physical, emotional sexual abuse, financial abuse or verbal abuse committed by a person against his or her partner, ex-partner, household member, or other qualifying relationships. There are nineteen crimes in the State of New Jersey that constitute domestic violence. These include commonly known offenses like assault, harassment, and stalking, along with lesser known crimes like terroristic threats, criminal coercion, criminal mischief, criminal restraint, and false imprisonment. Domestic violence also encompasses sex offenses such as sexual assault, lewdness, and criminal sexual contact. You may likewise be accused of domestic abuse for committing criminal homicide, kidnapping, criminal trespass, robbery, burglary, and the like. On top of all of that, contempt charges for violating an existing domestic violence order qualifies as an altogether new offense. New Jersey even added cyber harassment to the list of these offenses, as state laws continue to evolve with the changing times. So with all of these separate criminal charges that can be domestic violence and the reason you have been served with a restraining order, you may be wondering: what degree charge is domestic violence in New Jersey? Here, we answer this question and more related questions about how bad a domestic violence charge can be and what it could mean for you.

Domestic violence can be classified as a felony or a disorderly persons offense. Depending on the particular offense that the defendant has been charged with and where it falls in the New Jersey criminal code, the statute will usually indicate whether one is facing a disorderly persons offense for domestic violence or a felony. Sometimes an offense can even be elevated to another crime if the underlying offense surrounds serious injury, possession or use of a weapon, and similar aggravating circumstances.

Usually penalties for a disorderly persons offense result in fines, jail time, probation and more. However, penalties for felonies can lead to prison time, severe fines, and severely impacting one’s liberties. Furthermore, domestic violence convictions can impact job opportunities by showing up on background checks and preventing the ability for one to have weapons or firearms.

How do you Know the Penalties for a Domestic Violence Charge in NJ?

The penalties for a domestic violence offense are delineated according to the degree of the charges. Conviction for a first degree crime can place an individual in prison for 10 or more years with thousands of dollars in fines and penalties. Similarly, a conviction for a second degree crime could lead to at least 5-10 years in prison with fines that are equivalent to a home mortgage, up to $150,000. A third degree conviction will often range when sentencing from 3-5 years of prison time and up to $15,000 in fines. A conviction for fourth degree crime can result in up to 18 months in prison and thousands of dollars in fines, namely a maximum of $10,000. Given the weight and depth of these crimes, they are heard in the County Superior Court where the charges have been filed. A Municipal Court has the jurisdiction to hear disorderly persons offenses, which can result in up to six months in jail and at most, a $1,000 fine.

You may also become the defendant in a restraining order matter because of domestic violence charges, but these are two separate types of cases. A Restraining Order will act to prohibit contact between parties and once it becomes final, this marks someone as a domestic violence perpetrator. Once a defendant is subject to a final restraining order, it will appear on background checks, cannot be expunged and remains with the defendant if he or she moves out of State.

If you are facing a restraining order trial, it is important to go into the trial prepared with an advocate that knows the rules of evidence and can advise you of what to expect. The parties can speak at the hearing and any evidence or witnesses may also be examined at the trial. After hearing testimony and reviewing the evidence, the judge will make a determination. The judge looks at whether the plaintiff met his or her burden of proof. If the judge finds that the plaintiff met his or her burden, it is more likely than not that the restraining order will be issued. Issuance of a final restraining order means that all contact is prohibited between the parties. However, if the defendant disproves plaintiff’s arguments, the judge will likely dismiss the restraining order. With dismissals, there are no restrictions on the parties seeing or communicating with one another. It is important to be aware that just because a restraining order is dismissed, it does not mean the same defendant cannot be served with another temporary restraining order if he or she is accused of another act of domestic violence at a later date.

If I’m the Defendant of Domestic Violence, What can I do?

Are you the defendant that is being served with a complaint for domestic violence? Are you also facing a restraining order hearing? There is way too much at risk to defend against these allegations on your own. Contact our office in Bergen County, NJ today to discuss your rights and strategies for winning your case. You can request a free consultation 24/7.