Failure to Appear in Court in New Jersey

Failed to Appear in Court in Bergen County? 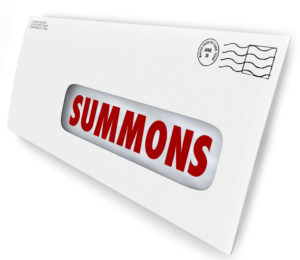 In the eyes of the law, there is no excuse when it comes to failing to appear in Court, but there may be viable defenses. Nevertheless, failing to appear in Court for your case can make a small criminal or even traffic matter significantly worse. By not showing up to Court on your scheduled hearing date(s) in New Jersey, you become immediately susceptible to an arrest warrant, suspension of driving privileges and so much more. This is a serious predicament that needs to be handled immediately, so seeking counsel from a knowledgeable criminal defense attorney should be top on your list. Contact our criminal law office in Bergen County, NJ, if you would like to discuss a failure to appear in court and related case in Bergenfield, Teaneck, Paramus, Hackensack, Fort Lee, Elmwood Park, Palisades Interstate Park, or another surrounding municipality in North Jersey. Our lawyers have been handling cases like yours in local courts throughout Bergen County for years and we are prepared to ensure that your case is resolved in the most favorable manner possible. Call our local office in Hackensack at (201)-330-4979 now for a free initial consultation.

What Happens with Failure to Appear in Court in NJ?

If you are a defendant and have failed to appear on your Court date a judge may issue a Failure to Appear notice and relist the matter or issue a bench warrant for your arrest.  If you fail to appear in the Municipal Court for a traffic offense, a judge may also suspend your license.

There are different types of warrants in New Jersey and the most common is a bench warrant when someone fails to adhere to a Court order, such as paying by fines, appearing in Court or more. Generally, warrants are issued in a variety of scenarios, but most in Municipal and Superior Court matters occur when one does not do something, especially missing a Court date. Criminal offenses are governed by Title 2C of the New Jersey Code of Criminal Justice. Following the issuance of a Complaint, you may be arrested and/or required to appear in Court before a Judge for a first appearance. The type of charge determines whether the matter will be heard in the Superior Court of the County or in the Municipal Court where the matter took place. If a defendant does not appear at the first hearing and/or subsequent hearings, a warrant may be issued for his or her arrest.  Failing to appear in the Superior Court for a criminal matter can produce a domino effect on your case by leading to more serious consequences, fines, jail time and more. The following applies to the situation, depending on what kind of case you miss a court date for.

DWI charges, on the other hand, are considered traffic matters. If you do not comply with Court orders such as paying fees after being convicted of a DUI, or do not complete what is required of you to resolve your matter, a warrant may be issued.

In essence, a failure to appear and warrant issue can happen for various reasons. For one, not appearing at your hearing at all may result in an immediate bench warrant issued by the Judge and loss of driving privileges. Two, if you were mandated by the Court to complete certain programs, pay fines, or more and you were issued a Court date to address this, but you do not appear, then a warrant may be issued as well so that you can be brought in to address completing these requirements.

This concept also applies to diversionary programs. For example, let’s say that you entered the Conditional Dismissal Program in New Jersey for a period of six months.  If, for any reason, you do not comply with the program, a warrant may be issued and attached with a monetary fine.  For the Court to remove the warrant you will need to appear in the Court and may need to be prepared to pay the fine immediately. However, if you hire experienced counsel, your attorney may be able to facilitate this with the Court so that you can have the monetary fine waived for the warrant, go on a payment plan. You may even potentially avoid arrest if the matter is properly handled, by addressing reasons for warrant, providing appropriate defenses, if available, and more.

Some situations where a warrant is out for your arrest are not always clear-cut and may require extensive experience on your attorney’s part to adequately guide you through this process. For example, if you missed a required court appearance during the pretrial stages in Superior Court, a prosecutor can request that you be detained for the duration of the case. You need to be prepared to handle the risks posed by your failure to appear, because at this point you may be viewed as a flight risk which can sway the Court in finding in favor of detention. This can potentially mean that you will be held in jail until your matter is resolved.

What if I didn’t know I missed Court? How would I know about a warrant?

You may be stopped during a traffic stop and once your information is run through the State system, the officer will become aware that there is a warrant out for your arrest and you can subsequently be arrested immediately if stopped by police.

Why didn’t you appear in Court?

If the purpose of missing Court was an emergency, the Judge may issue a fine, which is frequently paid in conjunction with fines and Court fees after your case has been resolved. Reasonable defenses for failing to appear include, but are not limited to: illness, accident, death in the family, and more. Despite having some limited, yet available defenses, it is crucial to be represented by an attorney for these matters because you are not just dealing with a failure to appear, but also the wrath of this on your case. In addition, if a bench warrant has been issued, a seasoned attorney will be able to properly facilitate your turn in so that you may not be actively sought out by police.

Need a Lawyer for Failure to Appear in Court in Paramus, Fort Lee, Hackensack

There are a lot of layers and components involved when failing to appear for scheduled Court hearings that do not just impact your case at hand, but can also set the scene for any of your future Court cases because you are automatically considered a risk. Ultimately, of course, it depends on the facts and circumstances of your failing to appear, but despite that, you will need to prove that you are not presumed to act in accordance with your previous failure to appear. Having an experienced criminal lawyer to represent you is even more critical when your original criminal or motor vehicle case becomes compounded by a missed court date. Don’t delay in contacting us if you are in need of help with a failure to appear case in Bergen County or elsewhere in New Jersey. A member of our team is available to discuss your case free of charge. Call (201)-330-4979.