When You Need a Teaneck Shoplifting Attorney 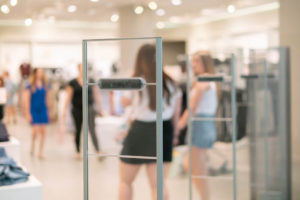 Acts of shoplifting in New Jersey can be defined as: taking merchandise, concealing merchandise, altering labels, transferring items to another container, under-ringing items, or even purposely removing a shopping cart from the premises of a store or another retail establishment. If you are accused of any one of these acts by a store employee, security guard, manager, or loss prevention personnel in one of Teaneck’s many shops and retail stores, you can expect to be arrested and charged with shoplifting. At this point in your case, you are likely filled with questions about how serious your predicament actually is, what you face if convicted, and what happens next. Below is some important information if you or a loved one is facing shoplifting charges in Teaneck NJ. To get answers and dedicated legal counsel from an experienced defense attorney handling shoplifting cases in Teaneck, contact our local law office at (201)-330-4979 for a free consultation.

How Bad is a Shoplifting Charge in Teaneck NJ?

Pursuant to N.J.S.A. 2C:20-11, Shoplifting is categorized by varying gradations. The gradation of a shoplifting charge refers to the level or degree of the offense. The level of your Shoplifting offense will ultimately be classified by the retail value of the merchandise and this distinction will also indicate the Court where your Shoplifting case may be heard.  Shoplifting offenses in New Jersey can be classified as indictable crimes, also known as felonies, or disorderly persons offenses, which are considered misdemeanors. Generally, felonies in New Jersey range from first degree, second degree, third degree, and fourth degree crimes. However, an indictable conviction for a shoplifting charge can range from either a second to a third or fourth degree crime. It works as follows:

The value of the merchandise involved in a violation may be aggregated in determining the grade of the offense where the acts or conduct constituting a violation were committed pursuant to a scheme or course of conduct.

What do You get if Convicted of Shoplifting in Teaneck, New Jersey?

As the value of the stolen item(s) increases, more penalties are involved.

All convictions of this kind will also appear on your criminal record, which can pose additional hurdles when seeking opportunities that require background checks.

Where is Court for a Teaneck Shoplifting Case?

What if I was with my child during an alleged Shoplifting incident in Bergen County NJ?

If you allegedly committed a shoplifting offense with your child or a dependent minor was with you, you may face further criminal charges and child protective services may become involved. In addition to that, if you are a repeat offender and convicted, the Division of Child Protection & Permanency (DCPP) may step in to care for your child through your jail or prison sentence.

Are there immigration implications if I am charged in Teaneck with a Shoplifting offense?

For non-citizens of the U.S., shoplifting can cause immigration issues because it qualifies as a moral turpitude criminal offense. As such, if you are charged with shoplifting, it is important to seek the advice from an immigration attorney on how it may impact your immigration status.

How can a Teaneck Shoplifting Defense Lawyer Help with my Case?

Bearing all of this in mind, enlisting help from a distinguished shoplifting defense lawyer who will fight your charges in Teaneck should be top on your list right now. There may be multiple defense strategies to challenge the prosecution’s evidence and undermine the case against you. With decades of combined experience handling theft charges and literally thousands of successful results behind us, we have one goal when handling your case – to deliver the best possible outcome. Whether it be a dismissal based on thin or unlawfully admitted evidence, a probationary term to avoid prison, a conditional dismissal in Teaneck Municipal Court or Pre-Trial Intervention in Superior Court, or another option, it is our fundamental commitment to fight for you. Call (201)-330-4979 to learn more and get a free consultation.