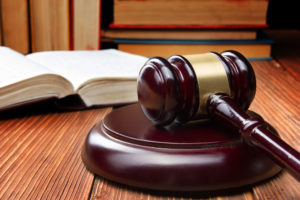 Compared to the rest of the United States, New Jersey has somewhat unique names for the crimes committed in this state. Other states refer to serious crimes as “felonies,” and less serious offenses as “misdemeanors.” New Jersey uses the terms “indictable crime” for serious charges, and “disorderly persons offense” for a lesser offense.

Disorderly conduct is often referred to as “disturbing the peace,” or “breaching the peace.” The concept usually involves things like fighting, loud yelling, or generally being upset, angry, or annoying in public. Sometimes this type of behavior is reported by people nearby, but officers may also witness the conduct.
What constitutes disorderly conduct under New Jersey law is somewhat open to interpretation by the person who is observing it. What one person views as a lively discussion at a sports game can turn into a disorderly conduct charge if you are disturbing the wrong person. Most disorderly conduct charges will fall under the category of “petty disorderly persons offenses.” While jail time is rare, you can be sentenced for up to 30 days and be left with charges on your record. The judge may also impose more unique requirements, such as having to attend anger management classes or do community service.

Sometimes, disorderly conduct charges will be issued with companion charges for underage drinking or resisting arrest. Public intoxication is commonly associated with disorderly conduct, but being drunk in public, in and of itself, is not a crime in New Jersey.

Given a Disorderly Charge in Lodi? You Can Fight the Case with Help from an Experienced Attorney

Just because you have been given a disorderly conduct charge or another disorderly persons offense doesn’t mean you need to plead guilty and move on. You may be able to decrease the penalties or further reduce or eliminate the charges with the help of a knowledgeable Bergen County criminal defense attorney at our firm. We defend clients facing these charges every week in local municipal courts in Garfield, Teaneck, Lodi, Mahwah, Maywood, Fairlawn, Hackensack, and surrounding areas. Call (201)-330-4979 to get your free consultation today.