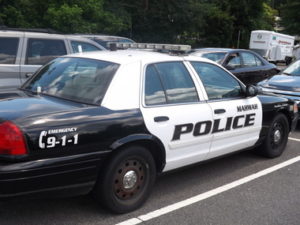 A woman faces very serious DWI charges after she allegedly caused a car accident on a highway in Mahwah, NJ. The DUI accident happened just before 2:50 p.m. on Friday. The suspect, 27-year-old Christine Ryan, was allegedly driving a Chevy Malibu and traveling north on Route 287 in Mahwah when she crashed into the rear of a Lincoln Navigator. The rear-end collision caused the Lincoln Navigator to hit the left guard rail.

A small child in the back seat of the Lincoln was ejected from car due to the alleged drunk driving accident. The victim, a 12-year-old, was later rushed via helicopter to St. Joseph’s Regional Medical Center in Paterson, NJ. Doctors at the hospital treated the young victim for “serious injuries.” There has not been an update on the child’s condition. The driver of the Chevy Malibu, who is from Bartonsville in Pennsylvania, did not sustain any injuries in the crash.

Penalties for DWI Charges in NJ

New Jersey State Police troopers temporarily closed off part of Route 287 and investigated the auto accident. The Bergen County Prosecutor’s Office later elected to file numerous charges against Ryan in connection with the accident, including charges for Driving While Intoxicated (DWI) and assault by auto. Beyond that, Ryan was charged with possession of a controlled dangerous substance (CDS) because she allegedly possessed illegal narcotics in her vehicle.

Most of the time, drunk driving in New Jersey is classified as a traffic violation. However, when the DWI offense involves an accident resulting in bodily injuries, the offender can be charged with a felony crime. In this case, that may explain why Ryan was charged with assault by auto.

According to law enforcement authorities, Ryan was not legally allowed to operate a car at the time of the DWI accident because her driver’s license was suspended. That’s why Ryan has also been charged with driving while suspended, a charge that carries additional penalties that could include an extended period of license suspension and heavy fines.

Do you face charges for Driving While Intoxicated, Driving Under the Influence, or Breath Test Refusal in Mahwah, New Jersey? Then it is imperative that you speak with an experienced Mahwah DWI defense attorney today. Contact Bergen County DWI defense lawyer Travis J. Tormey now.