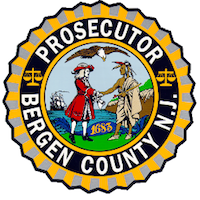 A worker with the Bergen County Prosecutor’s Office could potentially face vehicular manslaughter charges for his alleged involvement in a fatal accident in Hackensack, NJ.

The suspect works as the maintenance superintendent for the Bergen County Prosecutor’s Office. According to officials, he drove a pick-up truck owned by the county and killed a pedestrian in a daytime accident.

It was lunchtime when the suspect reportedly pulled into the parking lot of the Hackensack Liquor Store and struck the victim. At the time of the accident, the victim was reportedly exiting the liquor store and attempting to make his way through the parking lot.

The victim was rushed to a hospital, but doctors could not save him. He was later pronounced dead.

Although the suspect could be charged with vehicular manslaughter, he is not likely to face DWI charges in the case. In fact, the suspect was not tested for alcohol or drugs after the accident. This has led to criticism of law enforcement in some circles.

For more information about this case, read the NorthJersey.com article, “Prosecutor’s Office Employee Who Struck and Killed Hackensack Resident Identified.”