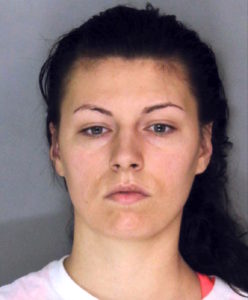 A woman from Newark, NJ is going to be spending quite a bit of time behind bars in New Jersey State Prison after she pleaded guilty to sex crime charges for human trafficking in Bergen County.

The suspect, a 29-year-old Newark woman, was reportedly a key member of a prostitution ring that operated in North Jersey. According to the Bergen County Prosecutor’s Office, the suspect was responsible for placing a 16-year-old girl into “sexual slavery” and forcing the minor to engage in sexual activity in exchange for money from clients.

The victim had gone missing from Brooklyn, NY. When authorities found her, she was reportedly working as an escort for the North Jersey prostitution business.

Bergen County prosecutors said that the suspect threatened violent against the victim unless she worked as a prostitute.

Ultimately, the suspect avoided trial in Bergen County Superior Court in Hackensack by pleaded guilty to second degree charges for facilitating human trafficking. The plea deal with Bergen County prosecutors calls for the suspect to be sentenced to up to six years in state prison.

For additional information about this case, view the NJ.com article, “Woman Admits Trapping Missing Teen in ‘Life of Sexual Slavery.’”