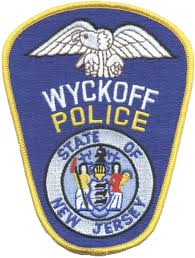 Two South Carolina men were recently captured and will soon be extradited to New Jersey for their alleged roles in a violent stabbing and armed robbery of a man at a Wyckoff NJ hotel.

The two suspects, a 23-year-old South Carolina resident and a 26-year-old South Carolina resident, allegedly committed the armed robbery at the Extended Stay America, which is located on Route 3 in the Meadowlands in Bergen County, New Jersey. The Wyckoff Police Department dispatched officers to the scene around 3:00 p.m. after receiving a 911 call about the theft incident.

According to police, the suspects used a knife to stab the robbery victim and then fled the scene with approximately $3K in cash.

The victim, who is from East Rutherford, NJ, suffered serious injuries that required urgent medical attention at a local hospital.

Meanwhile, Wyckoff detectives investigated the crime and soon identified the suspects. Police then located the suspects in South Carolina and arrested them.