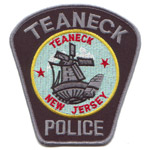 The suspect resides in Warren in Somerset County, NJ. According to law enforcement, the suspect met the Teaneck victim online and then began to harass her.

At some point, the suspect allegedly tried to get the victim to meet him in person by threatening to send embarrassing personal information about her to others.

The victim went to Teaneck police headquarters and reported the alleged harassment, prompting an investigation. As part of the investigation, Teaneck detectives served subpoenas on the owner of the Internet dating site.

Police eventually determined the identity of the suspect and placed him under arrest. He was subsequently charged with cyber harassment and luring, crimes that could carry serious prison time.

For additional information about this case, see the NJ.com article, “Man Charged with Harassing Woman He Met on Dating Site SeekingArrangement.”