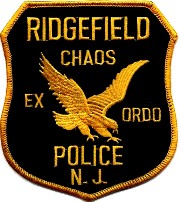 Bergen County prosecutors recently stated that a man whose body was discovered near a post office in Ridgefield NJ was likely killed and a victim of homicide.

Law enforcement officials revealed scant details about the homicide because the victim’s family still needed to be notified of the man’s death. It is believed by officials that a local resident may have seen the body of the victim somewhere in the area surrounding the Ridgefield Post Office, which is located on Broad Avenue in Ridgefield, New Jersey.

Since being notified of the body’s location, Ridgefield Police Department detectives have been working with Bergen County Prosecutor’s Office detectives to investigate the murder.

The exact circumstances of the victim’s death have not yet been revealed, but officials did indicate that the victim’s death may have been caused by a savage beating and assault. According to authorities, the victim was 27 years of age when he died. He is also said to have been a resident of Palisades Park, New Jersey.

If police can eventually determine the identity of the culprit, that person would likely be subject to serious criminal charges for first degree murder. N.J.S.A. 2C:11-3 classifies murder as a special kind of first degree penalty that carries the most severe penalties in the New Jersey Criminal Code. A conviction on first degree murder charges could potentially result in the culprit being sentenced to life imprisonment in New Jersey State Prison.

For additional information about this case, view the NJ.com article, “Death of 27-Year-Old Found Near Bergen County Post Office Ruled a Homicide.”