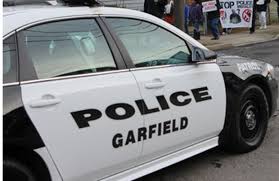 Driving While Intoxicated and Assault by Auto charges have been filed against newly hired Garfield police officer Patrick R. Sajewicz, 22, according to a joint statement released by the Morris County Prosecutor and Chester Borough Police Chief on Wednesday. On October 15, Mr. Sajewicz was driving his 2014 Infinity when he allegedly lost control of the vehicle and crashed into a building on Main Street in Chester.

The crash occurred only eight days after being sworn in as a Garfield Police patrolman. Sajewicz had a passenger in his vehicle who was injured in the crash, although the severity of the passenger’s injuries is not known.

The announcement indicated that Sajewicz was allegedly driving while intoxicated, but did not say whether he showed signs of impairment at the time of the crash or what his blood alcohol level might have been.

This arrest comes close on the heels of the October 9th termination of Officer Joseph B. Gaeta by the Midland Park Borough Council. Officer Gaeta was terminated after having been on unpaid suspension since his December 15, 2011 arrest. At that time, Gaeta was accused of operating an all-terrain vehicle on a road in Wyckoff while intoxicated. He was convicted of that charge in the Wyckoff Municipal Court and eventually won an appeal at the Superior Court.

Midland Park appointed a hearing officer to review the case and make a recommendation to the Council. That recommendation, issued on August 5, was for Officer Gaeta to be terminated, putting an end to almost three years of disciplinary and legal battles.

In the case of Officer Sajewicz, the details of what happened are unclear, but the penalties he may face if convicted are serious. If the officer is convicted of DWI, he could face fines from $250 to $500, over $300 in surcharges, up to 30 days in jail, a suspension of his driver’s license for up to one year, installation of an ignition interlock in his vehicle for up to one year, and probation or community service. Additionally, if the violation was found to have occurred in a school zone, the fine could be as high as $800, jail time could be extended to 60 days, and the period of license suspension could be as long as two years.

If convicted, Officer Sajewicz would be subject to termination of his employment with the Garfield Police Department.

DWI is a serious charge that has serious consequences if convicted. If you or anyone you know faces this or other charges, do not delay in hiring skilled legal representation immediately. Your rights and freedom need to be protected by a skilled Bergen County DWI attorney.

The Tormey Law Firm is an aggressive team of trial attorneys that has extensive experience defending our clients against criminal charges throughout New Jersey. If you are facing a difficult legal situation, hire a top team to lead your defense.