Fourth Burglary of a Wyckoff Home in 10 Days 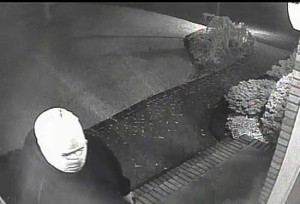 Wyckoff Police Chief Benjamin Fox issued an advisory on Friday, asking residents to be “the eyes and ears” of the community to aid the police in preventing crime. This request comes after a fourth burglary of a township home in 10 days.

Fox said in a press release that two unidentified men wearing facemasks were caught on surveillance video kicking open the front door of a Bridle Path home on Thursday. Once inside the home, the men ripped the alarm system and siren wiring from the walls in order to evade detection. They proceeded to loot the master bedroom of the home and take jewelry before fleeing.

This marks the fourth such burglary in Wyckoff recently, with three other township homes having been burglarized in the period between October 13 and October 15. As such, Chief Fox asks residents to report any activity they think is suspicious. “The eyes and ears of an entire town can assist the police in apprehending burglars who invade the privacy of homes and steal property,” Fox said in the press release.

If the suspects are caught and convicted of burglary, they could face penalties of up to 10 years in New Jersey State Prison on each count as well as fines up to $150,000, depending on the particular facts of the case.

Burglary and other theft crimes are very serious, possibly resulting in long periods of incarceration and other substantial penalties. If you or anyone you know has been charged with this or other crimes, contact an experienced criminal defense attorney right away in order to protect your rights and liberty.

The Tormey Law Firm is an experienced trial team who can fight for you to make sure your rights are protected. Our aggressive team has extensive experience defending our clients against criminal charges throughout New Jersey. If you are facing a difficult legal situation, hire a top team to lead your defense.

For more information about the recent burglaries in Wyckoff, access the following article: Fourth Wyckoff Home Burglarized in 10 Days