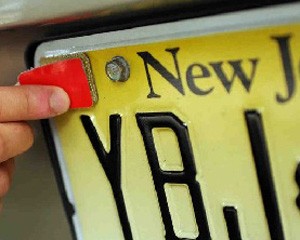 Since a 2008 executive order prohibited certain plea bargains for teen drivers who had been issued traffic summonses, there has been a general misconception that all plea bargains are disallowed. Thankfully for young New Jersey drivers and their parents, that is not the case.

In 2008, then New Jersey Attorney General Anne Milgram issued an executive order disallowing municipal prosecutors from entering into plea bargains for novice drivers under the Graduated Driver License (GDL) law. That order prevented prosecutors from amending speeding or other violations to no-point violations such as Unsafe Operation of a Motor Vehicle, N.J.S.A. 39:4-97.2. However, this is where the misunderstanding has unfortunately been allowed to spread.

While prosecutors cannot plea these traffic offenses down to zero-point offenses, they do have the authority to plea down to two-point motor vehicle violations. Under the GDL law, drivers face extension of their GDL limitations by six months or even suspension of their driving privileges when they accumulate three points. For young drivers facing these possible penalties, the step down from a four or five-point ticket to two points can make a world of difference, saving inconvenience and money down the road.

By way of example, the Tormey Law Firm recently negotiated the plea bargain of a young client’s traffic ticket for speeding down to a two-point violation and kept that driver’s time spent on the GDL program from being extended by six months. Both the client and their parents were understandably pleased with the outcome.

In cases where a young driver has been issued a traffic summons that could result in the loss of their driving privileges or extension of their GDL limitations such as a curfew or restriction on the number of passengers, it is vital to obtain legal counsel to ensure the protection of their rights.

If you or someone you know has been issued a motor vehicle violation or other traffic summons, call immediately for a free consultation. The Tormey Law Firm is an aggressive, experienced team of criminal trial attorneys who will work for you in order to get the best possible outcome for your case. Call 24 hours a day at (201)-330-4979.