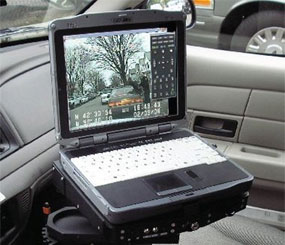 Interestingly, the Assemblyman who sponsored the bill, Democrat Paul Moriarty of Washington Township, was, in fact, the victim of the aforementioned false DWI claim. Moriarty, who is also the Chairman of the Assembly Consumer Affairs Committee, was charged with a DWI offense in his own municipality in 2012. The case against him was ultimately dismissed after surveillance video from the police car involved in the stop recorded evidence which led prosecutors to drop the charges.

Washington Township Police Officer Joseph DiBuonaventura was subsequently charged with a total of 14 criminal offenses, including harassment, official misconduct, and falsifying a police report. Prosecutors reportedly identified inconsistencies in his report on the incident after viewing the footage from the in-car video camera. They ultimately concluded that the stop itself was illegal, and that Officer DiBuonaventura had targeted Moriatory.

Moriarty originally introduced the newly-implemented legislation during the last legislative session. However, it was pocket-vetoed by Governor Chris Christie after receiving Assembly and Senate approval. Undeterred, the Assemblyman proposed the bill again during the last Spring session. This time, the Governor signed the bill into law, in a significant policy-changing event which occurred on Wednesday, September 10th.

Specifically, the new legislation mandates that municipal police departments furnish all newly-acquired police vehicles with in-car video cameras. As a more cost-effective alternative, the law also allows for the purchase of body cameras to be worn by all police patrol officers. In order to supplement funding for the new technology, the court will now add a $25 fee to all convictions for DWI offenses.

Overall, this new law represents an enormous opportunity for defendants charged with DWI’s in New Jersey, providing defense attorneys with access to the critical information necessary to successfully represent clients whose rights may have been violated in terms of the procedure that police officers are obligated to follow prior to, as well as during, a DWI stop.

For instance, I often achieve positive results for my clients by challenging the validity of the motor vehicle stop itself, the 20 Minute Observation Period, and/or the Alcotest 7110 (breathalyzer) machine. Video evidence of any errors made during one of these required stages can provide leverage when negotiating with the prosecutor, if not compelling the dismissal of the charges altogether.