By Travis Tormey posted in Drug Charges on Friday, March 21, 2014 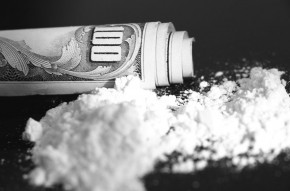 As a follow-up to a previous post regarding New Jersey authorities busting a large-scale cocaine operation, the third defendant facing charges in connection with the case recently pleaded guilty to his role in the drug-trafficking enterprise.

After the New Jersey State Police Department, New York and New Jersey Drug Enforcement Administration Task Force, and the Metuchen Police Department coordinated an investigation of the aforementioned enterprise, which involved the transportation of over 40 kilograms of cocaine as well as $1 million into New Jersey, four men were arrested and charged.

The first two defendants, 55-year-old Cesar E. Perez and 37-year-old Divanos A. Mendoza, pleaded guilty to charges for conspiracy to possess cocaine with the intent to distribute as well as money laundering on Monday, March 10th in Bergen County Superior Court.

After accepting plea agreements from the Bergen County Prosecutor’s Office, Perez and Mendoza agreed to be sentenced to 10-year terms of incarceration, in addition to providing testimony during the trials of their Los Angeles contacts, 52-year-old Carlos Marroquin and 31-year-old Juan Roque. Per the terms of their plea agreements, Perez will be eligible for parole in 3 years, while Mendoza will be subject to a 30-month period of parole ineligibility.

Marroquin and Roque were scheduled to begin trial on April 24th; however, Roque just agreed to submit a guilty plea in exchange for a sentence of 10 years in New Jersey State Prison, 1½ years of which he will be require to serve before becoming eligible for parole due to the amount of time that he has already served. Upon his release, he will be deported to El Salvador as a result of his immigration status.

Roque also agreed to testify against Marroquin, the last of the four defendants in this case, who is scheduled to appear before Superior Court Judge Edward A. Jerejian at the beginning of next week. It remains to be seen whether or not Marroquin will accept a plea agreement prior to this date or will proceed to trial, at which time the three above will testify on behalf of the prosecution.