By Travis Tormey posted in Drug Charges on Monday, March 31, 2014 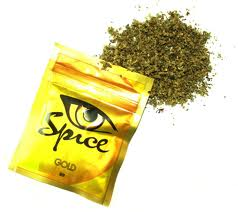 Following a routine traffic stop, officers from the Mahwah Police Department recently arrested three men who are now facing a variety of charges, including: DWI, refusal to submit to a Breathalyzer test, driving with a suspended license, hindering apprehension or prosecution, disorderly conduct, and possession of synthetic marijuana.

24-year-old Joseph Mann, 29-year-old Scott Walker, and 28-year-old Sheldon Cooper, all of whom are from New York, were pulled over by Mahwah Police on Route 17 South at approximately 3 o’ clock in the morning on Friday, March 28th.

Mann, who was driving the vehicle, reportedly committed a number of traffic violations before the stop. The men subsequently consented to a search of the vehicle at the officer’s request, at which time police discovered synthetic marijuana, branded “Spice,” as well as open containers of alcohol.

Mahwah police then arrested Mann, taking the other occupants of the vehicle to headquarters for questioning. Upon further investigation, officers determined that Walker and Mann had supplied false names because both had outstanding warrants for their arrests from the New Jersey State Police.

Mann is now facing charges for DWI, refusal to submit to a Breathalyzer test, and driving with a suspended license. Walker was charged with hindering apprehension or prosecution and disorderly conduct, as he allegedly attempted to start an altercation with one of the officer’s at the police station in custody. Lastly, Cooper, who was identified as the owner of the drugs, is now facing charges for possession of synthetic marijuana.

Walker and Mann were transferred into New Jersey State Police custody after the Mahwah charges were processed.