Another Conviction for Member of Bergen County Family Marred by Crimes 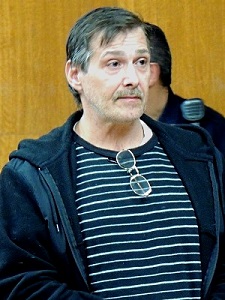 In a recent case in Bergen County involving one member of a family with a long history of crime and tragedy, the man was sentenced on charges for assault and threat-related offenses committed against probation officers.

46-year-old Michael Barbarino, who has an extensive criminal record spanning almost 20 years, was just sentenced in Bergen County Superior Court after attempting to assault one probation officer and threatening the life of another. Superior Court Judge Liliana DeAvila-Silebi sentenced Barbarino to serve 364 days in the Bergen County Jail in connection with these crimes.

According to Bergen County probation officer Amanda Marcino, Barbarino was serving probation in lieu of facing prosecution on five indictments including theft and drug-related charges. With regard to this case, she stated that when his probation officer arrived at his residence to conduct a home visit, Barbarino threatened her with a baseball bat. In addition, an employee at the Bergen County Prosecutor’s Office reported that Barbarino claimed that he would kill Ms. Marcino if said employee did not “get him off probation.”

The Barbarino family was originally engulfed in scandal when Michael’s brother Joseph sexually assaulted and murdered their brother, Vincent. Michael, who was four-years-old at the time, witnessed the brutal crime against his 6-year-old brother and assisted authorities in his Joseph’s prosecution years after the case was considered “cold.”

In 1988, when the case was originally sent to be heard by a grand jury, Michael told police that he had witnessed the crime. Although the case did not proceed to trial at this time due to contradictions in the statements of family members, Joseph was convicted on charges in connection with the aggravated sexual assault of another family member, this time an 11-year-old girl. He was sentenced to a 50-year term of incarceration as a result.

In 2006, after a long-running investigation spearheaded by Bergen County Prosecutor John L. Molinelli, Joseph was arrested and charged with murder. With Michael’s help, Joseph was ultimately found guilty of Vincent’s murder in 2011.