By Travis Tormey posted in Drug Charges on Wednesday, March 12, 2014 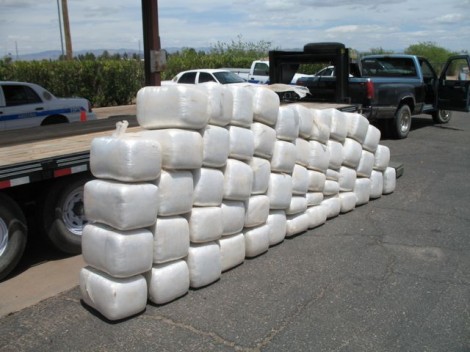 After an investigation coordinated by the New Jersey State Police Department, New York and New Jersey Drug Enforcement Administration Task Force, and the Metuchen Police Department resulted in the dismemberment of a massive drug operation, two of those arrested in the bust recently pleaded guilty to charges for conspiracy to possess cocaine with the intent to distribute as well as money laundering.

55-year-old Cesar E. Perez and 37-year-old Divanos A. Mendoza pleaded guilty to the aforementioned charges on Monday, March 10th in Bergen County Superior Court before Superior Court Judge Edward A. Jerejian. The two men, who were originally arrested in July of 2012 and arraigned in 2013 in connection with the case, ultimately admitted to their involvement in the transportation of 40 kilograms of cocaine and over $1 million into New Jersey.

According to Perez and Mendoza, they served as the local connection in the operation, which was responsible for importing approximately $1.4 million in cocaine into the state. Per the terms of their plea agreements, both will be sentenced to a term of incarceration of 10 years. However, Perez will be required to serve only 3 years before becoming eligible for parole, while Mendoza will be subject to a 30-month period of parole ineligibility.

In addition, both will have to testify against their Los Angeles contacts, 52-year-old Carlos Marroquin and 31-year-old Juan Roque, who were also arrested during the bust. Marroquin and Roque are scheduled to appear in court on their own charges on April 24th, unless they accept plea offers from the Bergen County Prosecutor’s Office before March 26th, according to Judge Jerejian.

If the second case ultimately goes to trial, Perez and Mendoza will likely provide testimony pertaining to the continual system of importation that they had established with Marroquin and Roque. Regardless of the outcome of Marroquin and Roque’s plea negotiations with prosecutors, Perez and Mendoza are scheduled to receive their sentences on May 5th.