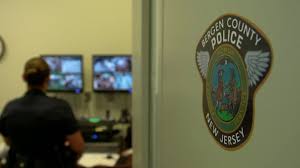 Bergen County Executive Kathleen Donovan has adamantly opposed the enactment of this measure, attempting to block the legislation in October by obtaining a restraining order against the Freeholders board. The restraining order ultimately failed to prevent the relocation; however, Donovan continues to dispute the merger in an ongoing legal battle.

In breaking news pertaining to this matter, the union that serves on behalf of Bergen County’s 88-member Police Department recently forfeited a pay increase of 10 percent that was set to occur this year, agreeing instead to a series of 1.5 percent raises over the next 3 years. In addition, the union allowed for the dismissal of a provision that would provide employees of the department with salaries rivaling those of the three highest paid police departments in Bergen County.

According to Donovan, the renegotiated contract would result in a savings of over $1 million for the county this year. These concessions are intended to safeguard the jobs of the officers, thus preventing the department’s forced merger or dissolution.

The Freeholders Board has yet to approve the new contract, which was agreed upon by the union approximately two weeks ago before being signed by Donovan. Ultimately, if the Freeholder’s original plan moves forward and the department is disbanded or merged into the sheriff’s office, the Bergen County Police Officers would expect the county to uphold the terms of their original contract in terms of the intended pay increase.

Expect continuing coverage on these proceedings.

For more information pertaining to this matter, access the following article: Bergen County Police Officers Agree to Smaller Raises if their Department Survives