By Travis Tormey posted in Gun Charges on Tuesday, February 18, 2014 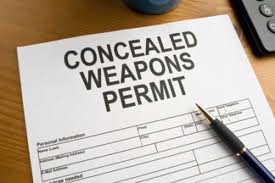 In an ongoing legal battle concerning one of New Jersey’s gun laws, nineteen states have issued their support to a group of New Jersey residents who formed an alliance to challenge one specific provision, which requires citizens to prove a “justifiable need” to law enforcement when requesting a permit to carry a concealed firearm.

Wyoming is leading the charge, with the Wyoming Attorney General’s Office serving as legal representation for the coalition of states. As such, the Wyoming Attorney General’s Office recently submitted a request to the Supreme Court to schedule a hearing for the case. According to their legal brief, the concerned parties believe that the New Jersey appeals court ruling has the potential to threaten the less-stringent concealed carry laws currently enforced in other U.S. states.

In 1968, the New Jersey Supreme Court decided that individuals are not entitled to the citizen’s right to bear arms under the Second Amendment to the U.S. Constitution, limiting these rights to citizen militias. Although the current Drake case, which was originally opened in 2010 by Newton resident Jeffrey Muller, has seen multiple changes within the parties involved since then, the underlying argument challenging the court’s application of the Second Amendment has sustained.